by Grace Lindsay Mbabazi
in Sports

Uganda thumps Djibouti 8-0 to book semi final slot in the CECAFA under 17 AFCON qualifiers at chamazi Stadium in Tanzania.

The Uganda Cubs made light work of their Djibouti counterparts dominating either halves of the game from start to end.

Nine minutes into the first stanza Iddi Abdul Wahid broke the deadlock for Peter Onen’s side and from then the subdued opponents capitulated. 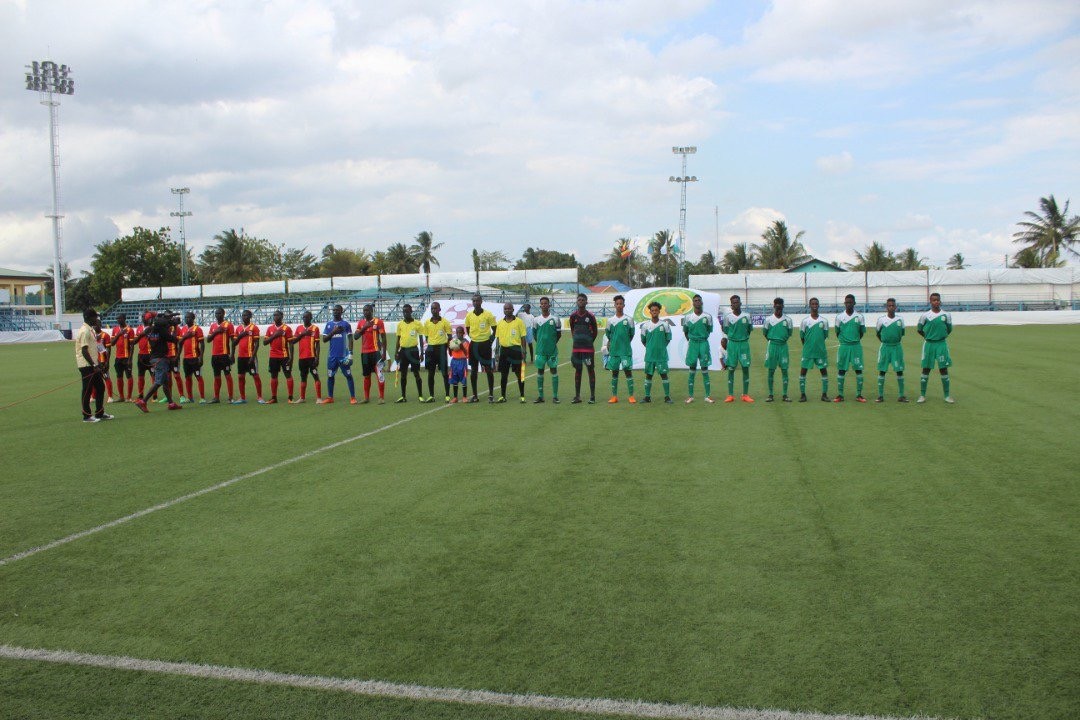 Seven minutes later Kakaire Thomas extended Uganda’s lead. There was still time for two more goals before the break from Yiga Najib and Ibrahim Juma as the first half ended 4-0.

The resumption was a continuation of the first half. Yiga Najib with his second of the night made it five for the Cubs within one minute of the second half, Sekajja Davis added a seventh a minute later before Ibrahim Juma put the last nail in the coffin in the 73rd minute with his second goal of the day.

The victory takes Uganda to nine points on the five team log and seals their spot in the semi finals where they will face Tanzania on the 24th of August.