A number of people on the Kyadondo East Member of Parliament Robert Kyagulanyi team have been arrested in a joint operation between the police and the military after security raided Planet Hotel where they were residing.

The operation that started at about 2am Wednesday morning also saw security agencies deploy at the Bugiri home of JEMA candidate Asuman Basalirwa.

Eye witness accounts indicate that the military surrounded Planet Hotel as police officers conducted a search moving from room to room in an operation that appeared to target Kyagulanyi and Basalirwa. 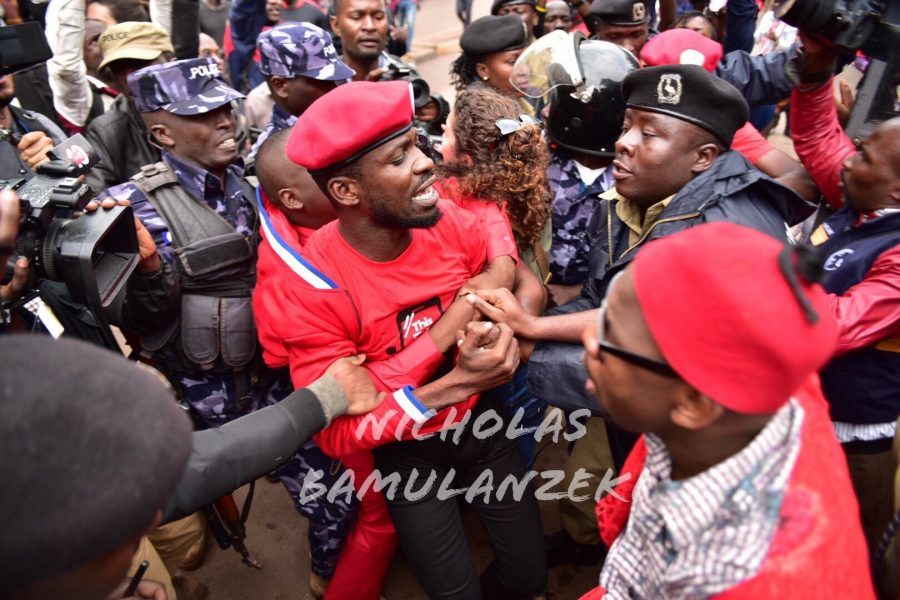 Speaking to the Nile post from his hide out ,kyagulanyi confirmed that a number of his staff have been detained including his personal assistant one Sherif and videographer known by the moniker Kim XP.

It is said that about seven other people are currently in detention at Bugiri Central Police Station.

When we reached police for a comment, the officers at the station declined to comment saying the regional police commander Ibrahim Saiga will be addressing the press in a few minutes to give out the details of the operation.