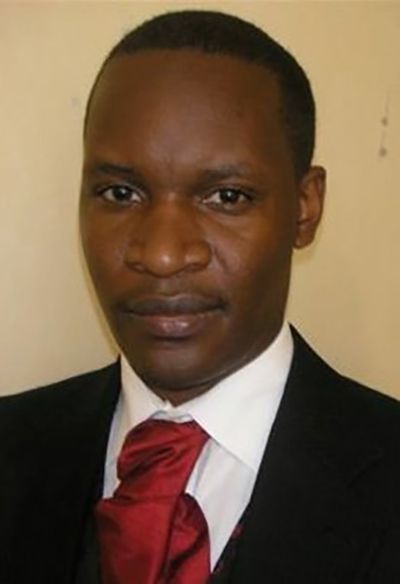 I have been thinking about the Uganda Christian ‘martyrs’ prosecuted on June 3,1886 at Namugongo and its significance to Uganda as a country.

So I asked myself questions like: where the Uganda martyrs really deserve to be called ‘martyrs’ or not?”,

“Could Catholics killed for faith be called “martyrs”?”

“Why did Kabaka Mwanga took this decision at the time?”.

Now it is my understanding that within the Buganda culture the execution of the Christian martyrs was both political and religious.

It is the Buganda kingdom that invited the first missionaries who arrived in 1877 and the kingdom benefited tremendously from them particularly in developmental projects like schools.

So we thank the insight Kabaka Mutesa 1 had at the time to invite these people.

Nevertheless, I’m still puzzled that we continue to call these people ‘martyrs’ due to the fact that they challenged the power structures of the Buganda culture at the time because of their faith.

If we are to go by the Muslims who keep challenging the power and social structure of the western countries because of their faith, then the word ‘martyr’ is not truly applicable to these people.

Muslims or Christians who attempt to do today what these ‘martyrs’ did during Kabaka Mwanga’s reign will feel the wrath of the law and some are even branded terrorists.

However, we should not forget that those who die in this way in places like the Middle East are still branded as ‘martyrs’ by some Islamic factions. In Buganda culture, which the kabaka (leader of Buganda) represents, the kabaka ruled with great authority, and to refuse anything he asked was not only to offend the kabaka but to dishonour the entire Buganda kingdom.

Mwanga perceived that Christians were a challenge to his political power, since Christian pages were not honouring and were taught not to honour their obligation to obey him.

If we are to continue to call these Christians killed at Namugongo martyrs, then we have got a lot of martyrs now in Uganda.

Second, it is important at the outset to realize that the persecution of Christians in Uganda was not the norm.

There were relatively few Christians actually killed for religious reasons compared to the large number of Christian Baganda. So I don’t think Kabaka Mwanga set out to kill Christians as in Christians or Protestants as in Protestants.

Third, all of the martyrs were Buganda natives converted through the missionary efforts of British Anglicans and French Catholics.

Thus, their lives and deaths were embedded from start to finish in a culture they were familiar with and understood; they were not killed due to a lack of cultural knowledge or a “foreigner’s mistake.”

A man like Joseph Mukasa was the personal servant of the kabaka who oversaw all of the kabaka’s pages. He knew what he was getting himself into by confronting Kabaka Mwanga over murder of Anglican Bishop Hannington.

Mukasa told Mwanga “bluntly” that his ordering of the death of Hannington was wrong; this angered Mwanga, and Mwanga took Mukasa’s outbursts as a form of treason.

Mukasa knew the drill about Buganda cultures at the time very well. To disagree with the Kabaka was not uncommon in Buganda but Mukasa’s assertive confronting of Mwanga was unique.

The Kabaka used to allow passive forms of resistance and there were effective.

In addition, Mwanga chose Namugongo as a spot to execute these people because to die at Namugongo made one an enemy of the Buganda state. Namugongo was an equivalent of the England’s “Tower Hill.”

What is again more disturbing is how these Baganda natives who converted to Christianity ended up dying on the same fire for the cause of Christ in the midst of the Christian factions of Buganda.

The church was divided at the time and it needed these people more alive than dead at the time. Before these ‘martyrs’ were killed, some people working under Kabaka Mwanga offered them a chance to run away but these guys decided not to -basically because they wanted to die for Christ.

Furthermore, a total of 32 Baganda including the leader of the Christian ‘rebels’ called Charles Lwanga were killed- 13 of those were Catholics, 9 were protestants and 10 were unbelievers (who had been awaiting execution for non-religious crimes) but even the non-believers killed that day are counted as martyrs.

If we really still want to remember these political rebels as ‘martyrs’, let us do what Robert Royal did by publishing a remarkable new book in 2000 which he called: “The Catholic Martyrs of the Twentieth Century: A Comprehensive World History”, instead of people flocking to Namugongo every year.

Much of Royal’s research is new. The project began with a sentence in one of Pope John Paul II’s encyclicals. He said that the martyrs of our century “should not be forgotten.”

A group of parishioners at Saint Aloysius Parish in New Canaan, Conn, took the words seriously, and began to accumulate materials. The word spread and materials started coming in from around the world.

What began as a simple list became an amazing archive. With the help of his brother who is a priest, Royal began the work of putting the results in book form.

With due respect to my non-Muslim friends, I don’t think we should continue to call the 1886 Namugongo religious people ‘martyrs’ in the sense of the word in relation to the present events happening in the world.

However, I’m happy to say that Buganda kingdom has changed greatly since that time. There is a lot of religious freedom.

Catholics, Protestants, Christians and Muslims can all interact within the kingship of Buganda without any problem. It is more reason for Ugandans to support this kingdom that is not afraid of changes that make it stronger.

What Kabaka Mwanga did at that time is inexcusable but at least we all learnt from it but most importantly we understand why he did it.

The author is a Ugandan who lives in the United Kingdom. This article first appeared on the popular online platform, Ugandan At Heart.

The ruling National Resistance Movement has named a 25- man team that will spearhead campaigns to canvass votes for President...

Opinion: Buganda is not yearning for “Federo” but for a special status

Human rights aside, the burning of the “Uganda martyrs” was another power struggle

DP submits signatures for Mao’s presidency, EC fears it could be late

DP submits signatures for Mao’s presidency, EC fears it could be late

The opposition Democratic Party has submitted the required...