The Police disciplinary court on Thursday convicted and recommended for the demotion of ASP Muhammad Kirumira to the rank of Assistant Inspector of Police after being convicted of unnecessary exercise of authority.

As early as 9am, the police spokesperson Emillian Kayima was at the entrance to the police headquarters from where he told journalists that they would not be allowed to access the police court to attend the proceedings of the judgment.

He did not give reason for stopping journalists from attending the court but gave orders to counter terrorism police officers not to allow any journalist go past the check point.

Meanwhile, Kirumira arrived in the company of Sam Omara who stood surety for the maverick police officer while being released on bail but they spoke to the media shortly.

Kirumira said he had accepted to make a u-turn to his earlier decision not to attend the judgment.
However, a few minutes later, scuffle ensued as counter terrorism police officers started beating, kicking and pushing journalists who were stationed at the entrance.

It all started when one ASP Pamera Kentaro asked journalists to step aside from the main road to the headquarters as she tries to consult her bosses on how to handle the media before they could access the facility.

As she continued hoodwinking journalists that she was making a phone call, a group of counter terrorism officers descended on journalists pushing and kicking them.

In one incident, Galaxy FM’s Amina Nalule is pregnant was pushed to the ground by a male police officer and efforts to save her by fellow journalists were blocked by police officers.

Police would later overpower the journalists and pushed them back. 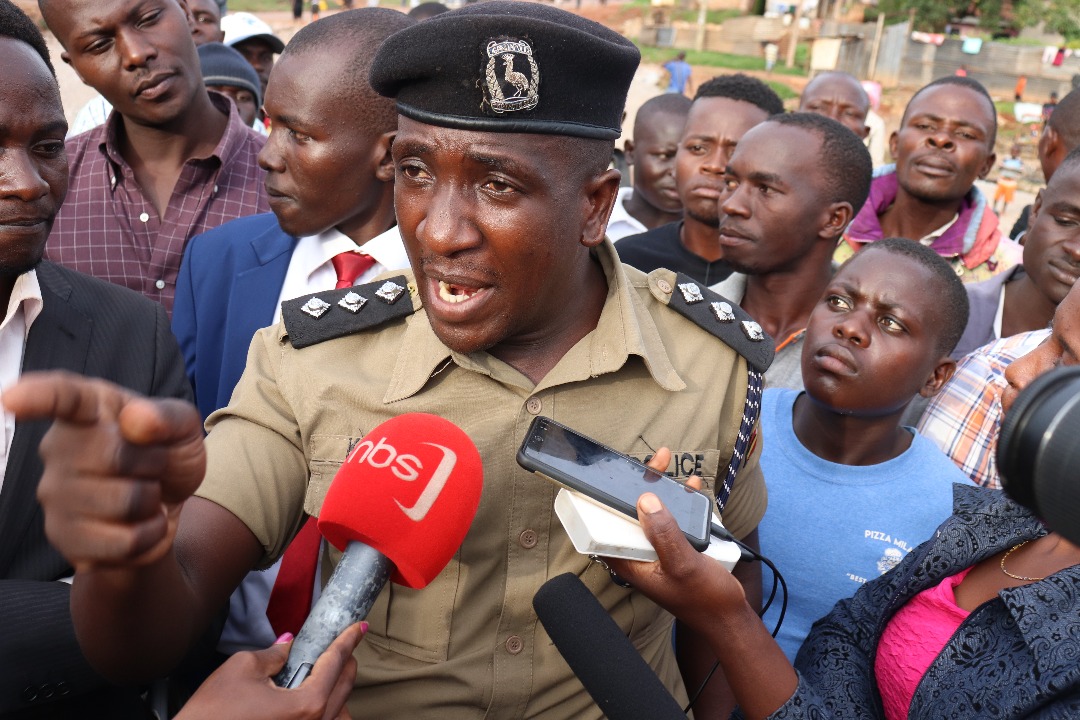 Inside and around court, there was heavy deployment of general duty police(Khaki uniforms), Field Force Unit and Counter Terrorism unit to stop any ‘unwanted’ visitors from accessing the court.

Only relatives to Kirumira were allowed to attend the proceedings but these were thoroughly checked and no one accessed court with either phones, note books, pens or car keys.

They would be checked even under the shoes.

When the court chairman Denis Odongpiny read the judgment, Kirumira was convicted of three charges.
Before reading for him the sentences, Odongpiny asked Kirumira during the mitigation to ask court to give him lighter sentences for the offences he had already been committed.

However, the maverick police officer refused to adhere to what had been told to him saying he did not agree with proceedings against him.

The court later reprimanded him on two charges before recommending for his demotion to the rank of Assistant Inspector of Police on the charge of unnecessary exercise of authority.

He had been accused of arresting a Flying Squad operative alleged to have participated in a robbery in 2014 and parading him before the media while still serving as the Officer in Charge of Nansana police station.

The sentence will however not take effect not until the police council sits to decide whether to uphold it or not.

The government of Uganda has declared the January 14th and 15th official public holidays. Ugandans will participate in elections on...

We shall not observe Ugandan Elections- USA

Social media platforms blocked, VPNs lined up in Uganda ahead of Presidential election