It was a colourful event on Saturday afternoon at the Makindye as Brig.Muzeeyi Sabiiti handed over office to the new Military police commander, Col.William Bainomugisha.

Brig.Sabiiti was recently appointed as the Deputy Inspector General of Police before Col.Bainomugisha was appointed to replace him.

The function was presided over by the Commander Land Forces, Maj.Gen. Peter Elwelu.

Speaking at the handover ceremony, Elwelu applauded Brig.Muzeeyi for the job well done to revive the glory and sanity at the Makindye based UPDF unit.

“You have organised the military police into units, unlike before when it was amorphous but it is now in one formation,”Maj.Gen.Elwelu said on Saturday. 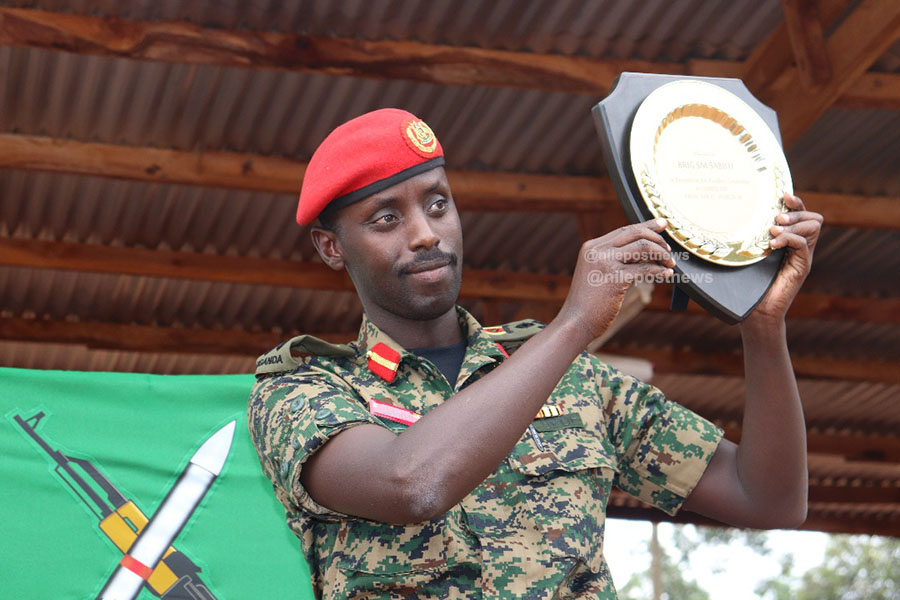 The UPDF Commander Land Forces also applauded the outgoing military police commander for relating and working with police to stop what he termed as hooliganism in the city by opportunists.

The military police has on several occasions worked with police to thwart demonstrations and other forms of civil disobedience especially in the city.

According to Elwelu, they could not allow such acts in the city which he defined as the country’s face that should always be free for everyone to enjoy.

“I thank you for working well with police, no wonder you are going to police. I thank you for defeating hooliganism .We have to make the city peaceful for everyone to enjoy. We want you to continue with the good service in police.” 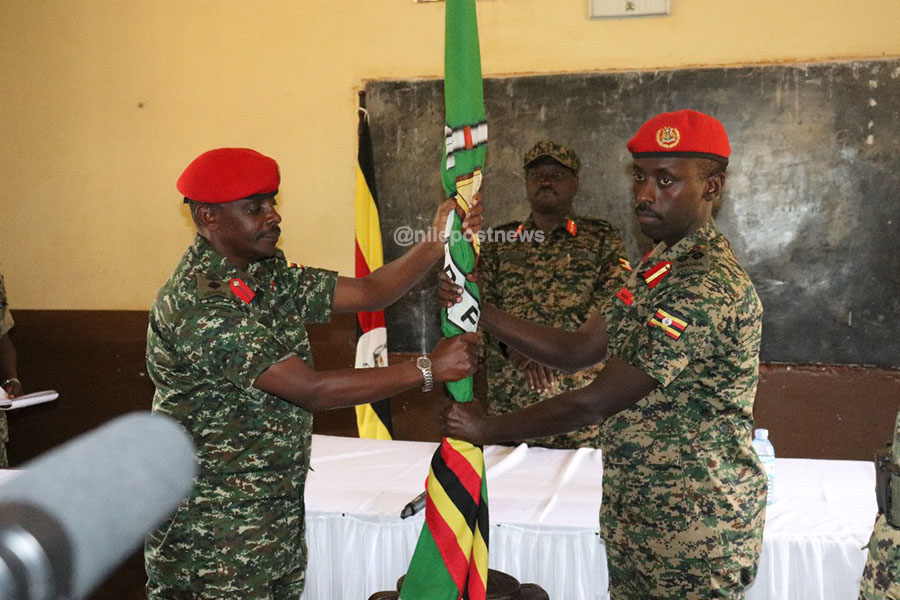 Brig.Sabiiti was recently appointed as the deputy to Martin Okoth Ochola the new Inspector General of Police, prompting whispers from the public that the former was the defacto IGP.

In his remarks on Saturday, Maj.Gen.Elwelu warned Sabiiti against elite commentators whom he said could lead him into problems by flattering him.

“Be careful with them(commentators). They will flatter you as the defacto IGP but you are not.You are the Deputy IGP,”Maj.Gen.Elwelu warned.

“Do your work as Deputy IGP.Work well with Mr.Ochola(IGP) for the good of the country and peace and stability.”

Elwelu noted that one of the biggest problems faced by the country is fighting for office but warned Brig.Muzeeyi about the vice urging him to promote team work in the police.

“I want them (police) to yearn for more men in combat (soldiers) to join them in police.”

Brig.Sabiiti applauded president Museveni for giving him chance serve as the military police commander and contributed to peace and stability of the country and his appointment as the Deputy IGP.

The new Military Police Commandant, Col William Bainomugisha, commended the commander in chief and army leadership for entrusting him with another role.

He however implored soldiers on discipline, team work, physical fitness, and time management.

The Function
Brig.Muzeeyi Sabiiti in a closed session read through his report as the outgoing commandant for military police before handing it over and other instruments of power to Col.William Bainomugisha, the new office bearer.

They all then saluted Maj.Gen. Peter Elwelu who presided over the function and was the most senior officer at the function.

Ordinarily, one would think that having been appointed the Deputy IGP which is the second highest rank in the police force, one would think Muzeeyi was now higher than the Major General but according to the army spokesperson, Brig.Richard Karemire, this is not the case.

“There is not equivalent in the police of the army ranks,”Brig.Karemire told the Nile Post.

“The other one(Deputy IGP) is by appointment and a brigadier remains lower in rank to a major general.”

Gunshots rocked Kapchorwa as security forces engulfed the hide of one Kapchekweko Musau an alleged "notorious" criminal who has been...

Museveni inner circle did not get COVID-19 jabs- State House