Man on top of a mountain with arms raised at sunset 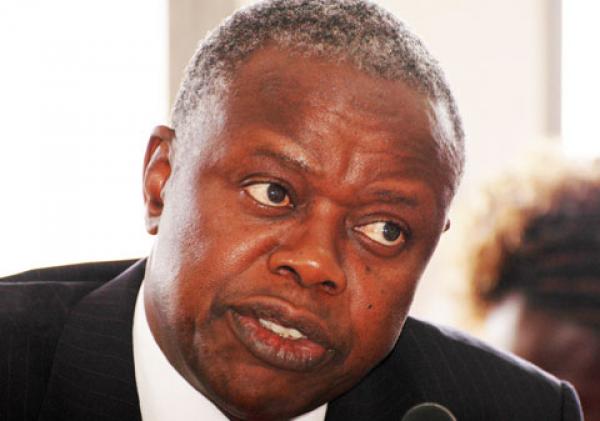 I was invited to speak at a Rotary Fellowship meeting at Kati Kati restaurant.

This is the Rotary Club of Kampala, Impala. The topic I was asked to speak about was very exciting “How to deal with organisational politics to get to the top”. As people introduced themselves, I was surprised that some people came to the fellowship either because of the topic or because I was the one speaking.

I felt honoured and loved.

Since it was a less than 20 minute presentation, I didn’t go into a lot of details and I thought I would simply write up something and pass it on the audience I was addressing.

The topic was controversial, how this organisational politics allows or prevents somebody from rising to the top. This means that to do so, you must know where the power is and finally acquire it yourself. This process may involve some brawls with those who are looking for the power and may also involve negotiating with power brokers who determine who goes where.

At the outset I must say that there is a lot of difference between the private sector and government. In the private sector, the founder owner or the most influential and dominant member of the family or shareholder holds the power and shares it around. It is possible for you to also struggle to rise to the top but at the end of the day, this key person who wields that power has the last word.

In the corporate world, the case of Steve Jobs, the founder of Apple being thrown out of Apple in the 1990s is a classical case of power play. John Scully who was hired from Pepsi by Steve Jobs threw out Steve Jobs. The magic man, Jobs who made tremendous contributions to this world.

It was not surprising that Steve Jobs made a comeback because the company started losing money when Steve Jobs left. In many organisations especially those which are traded publicly, it is possible that power struggles take place and these constitute what you call organisational politics.

In the public sector mainly mainstream government offices and parastatals, power struggles are more evident. Intrigue is a common occurrence as people stab each other’s backs to rise to the top. They do this as people seek to improve their social networks seeking power to rise to the top.

But how do you get to the actual top? The first rule is to know where you want to go. Do you want to rise to the top? This thought definitely crosses everybody’s mind but many people don’t attempt to scale the heights. If you want to rise, you must have your eyes on the prize, you must know what you want.

You want to rise to the top, you must go for the gold. So the first step is set your goals and you must know why you want to get there not just because it’s a good place to be.

If you ask every minister in government, am sure some thoughts about being a president of a country have crossed their minds. Of course, not only ministers but hundreds of people who may think that they can be presidents of a country.

So if you are going to get into the politics of the organisation, you should know what you want and gauge whether it is possible for you to get it.
The second stage is readying yourself. Are you up to the task? What is required for that CEO Job?

Is it qualifications or you have built sufficient networks in the organisation to deliver you to the top. Former South African President Jacob Zuma is said to have admitted that he had live sex with an HIV positive lady and had a shower after the sex which he believes protected him from HIV/AIDS! How did such a person become a president of South Africa, possibly the most powerful country in Africa?

You may be in the right position at the right time. When the British were creating the Uganda army in the 1960s they put Idi Amin at the helm, when they wanted to overthrow Obote, Amin was at the helm. Idi Amin was not highly educated but became a Head of State!

It is clear that Idi Amin may not have had the thoughts of leading a country but it was imposed on him by circumstances. But ordinarily, you ready yourself with knowledge, if you want to compete with people, build advantage over them.

Knowledge includes what we learn in the different educational programmes but what we also learn from the environment we are in. Religion tends to put people on straight jacket and instead of learning about other religions, people develop hatred for others without any justification .

This creates ignorance and deprives people of the necessary knowledge they need as an input on their journey to the top.
Acquire as much knowledge as you can, this gives you a unique source of power in the organization. It is possible that even your detractors will pay respect to you because you know. With knowledge you become a power centre in the organisation. With power, you can influence people.

The third stage is understanding the different power centres in the organisation. Who takes decisions? How are decisions taken? How do you fit into the various power centres?

Do you have enough influence to draw attention of the different power centres? From the organisational point of view, an organisation may have departments with different heads who have authority in the formal structure.

Build paths to these informal leaders either direct or indirectly. Find what brings them together and associate with it or be part of it. If you can’t do that build coalitions with them so that they can back you up if there is a power struggle
The next step is to pick your fights, whoever you are, in any organisation, they will fight you.

You have detractors everywhere for good or bad cause but learn to select your battles. Don’t fight small battles. Even when you choose a big one it is best not to fight at all. The best war you ever win is that you never fight. In strategy, at the war front, military strategists know that to win a war you must take territory.

A decisive war is where you have resource advantage and in this case, the different power centres you have are in a ratio of three is to one. Without that superiority at the war front, you may struggle to win not only a battle but a war at the end. Knowledge, resources, alliances all constitute a vital fire power you need to shoot your way to the top and indeed to hang in there.

Another step is building commitment and resilience, if you intend to achieve something, you must be committed. This is true even when gunning for the top.

There are many occasions when you get discouraged or demoralised by idle talk. For many of us, what comes to our mind is resignation, resignation is a lack of commitment to goals unless of course you are resigning because of the mistakes you made

Everybody will be stabbed in the back. Just remember you are not the first person who has been betrayed. There is a whole story of Judas and Jesus.

This is nothing new but if you keep your eye on the ball, nothing is impossible. In any war, we get bruised and indeed get shot and indeed some people go to the extent of near death, this calls for resilience. Giving up easily will not make you win.

If you have a dream, it is not good to have your dream half realised. Focus on the goal, learn to fail as you fail as you attempt to achieve what you want but have the resolve to pick yourself up and move on

Lastly you must be continuously aware of your environment. Are the power centres changing? Are there new people who can take up challenges? Is there new knowledge to acquire?

I have my personal experiences in all these. It is never an easy journey. It is not possible neither easy to control external factors. While shooting your way to the top looks difficult, staying there is not easy and coming down is the easiest. When am next invited, I will talk about it.”

Prof Balunywa to Baryamureeba: “You’re fighting me because you want my job”

Security officers will eventually side with the people of Uganda, says NUP’s Rubongoya

Part of Kampala- Jinja highway is set to...