In 2009, when Rebecca Chelimo was 12, she was forced to undergo female genital mutilation (FGM).

“I feared abuse and insults from the community. I was told it was a shame to be an uncircumcised girl. I believed no man would marry me if I didn’t cut. So I did it,” says Chelimo, from her home in Alakas village, in easternUganda.

Uganda is one of the 29 countries in Africa where FGM is still performed, despite ithaving been outlawed in 2010. Compared with other countries, Uganda has a low prevalence rate:1.4 % of all Ugandan women aged 15 to 49have been cut. Yet FGM remains a rite of passage for girls particularly from the Pokot ethnic group, who largely live along Uganda and Kenya’s northern border.

According to the UN population fund, UNFPA, prevalence of FGM among Pokot girls and women in Amudat runs ataround 95%. Girls as young as 10 are cut.

Anxious to ensure other girls don’t have to go through her experience, Chelimo, now 21 and married, has joined forces with other survivors to campaign against the practice in both countries.

The 20 members of the Yangat Youth Group are part of a project to “go out to teach, sensitise the communities and mentor young people [about] FGM and early marriages”.

“We need to stop the cross-border practice,” she says. “I have four sisters. I don’t want to see them or any other in the community undergo this bad practice. FGM is degrading and dehumanising. It must be stopped.”

The group undertake cross-border missions quarterly, encouraging efforts to keep girls in school and prevent early marriage. Illiteracy rates stand atmore than 80%in Amudat. Chelimo is illiterate and any work is confined to the home.

A porous, unmonitored boarder between Uganda and Kenya means that people who want to avoid detection can pass easily between the two countries, making them much more difficult to trace.Kenyabanned FGM in 2011.

“Cultures fear no borders. In many places, it is the same community living on both sides of the border and so it is easy for them to move back and forth … to achieve what they want,” says Joachim Osur, director of regional programmes and field offices for the NGO ‎Amref HealthAfrica.

“Countries have not come up with collaborative efforts to control cross-border FGM.”

Joe Komacke, Amudat district police commander, says his unit has tried to monitor and coordinate efforts with local Kenyan police to stop the practice. “But it’s hard to put an end to it. We can’t manage joint border patrols,” he says.

“We have a porous border of 150km [93 miles] with one known crossing point as opposed to just 100 personnel. Literally, you can cross into Kenya for the practice without anyone detecting [it],” he says.

“The practice of FGM is deeply rooted in the socio-cultural ties attached to it – the initiation of girls into adulthood and thereby a prerequisite for marriage, sense of belonging, preservation of chastity and fidelity,” says Alain Sibenaler, UNFPA country representative.

More than 200 million girls and women are estimated to have undergone FGM worldwide and 3 million are at risk each year. The procedure involves thepartial or total removal of the external femalegenitalia for non-medical reasons. Those subjected to the practice can bleed to death, or die from infection caused by unclean instruments. They can also experience serious complications during childbirth as well as pain during sex. 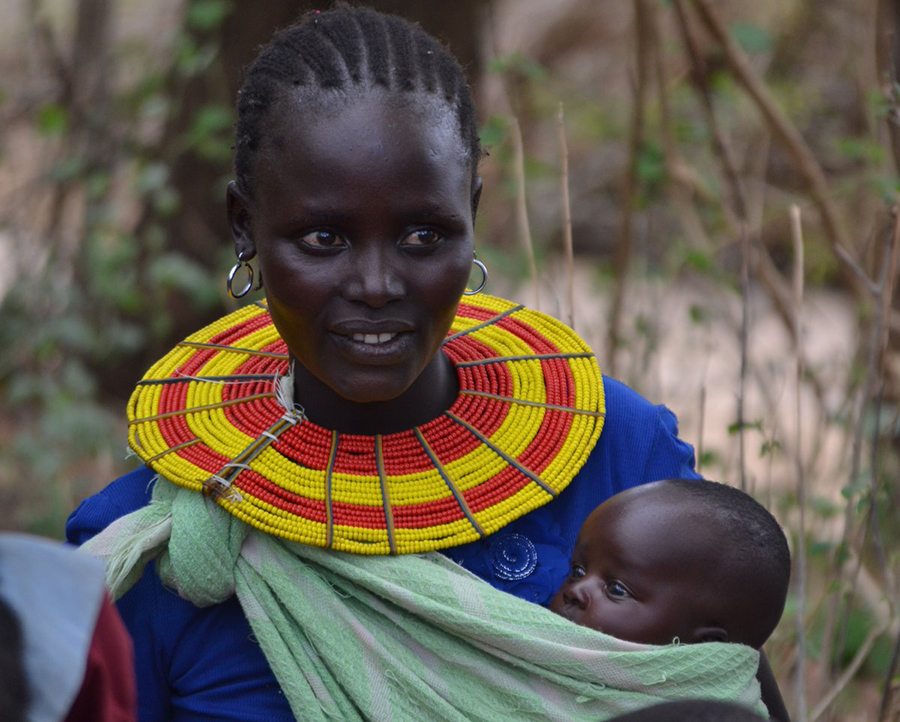 The main challenges in implementing the ban in these areas of Uganda and Kenya include the low capacity of law enforcement officers, harsh terrain that makes patrolling difficult, and limited resources. There are also reports that traditional birth attendants – local women who assist in home births – cut women and girls during delivery.

Komacke insists that police officers are enforcing the law and that arrests and prosecutions of perpetrators have taken place. “But the challenge remains with people’s belief in preserving their culture,” he says.

The practice is not going to stop overnight. Since 2008, UNFPA and the UN children’s agency, Unicef, have been working to combat FGM in six districts including Kween, Bukwo Kapchorwa in the Sebei region, Amudat and Moroto.

UNFPA has a two-pronged approach to the problem: it supports regional moves to ban the practice, such as theEast African Legislative Assembly’s proposedsexual and reproductive health rights bill, which seeks to prevent child marriage and FGM – and it engages communities.

It says its work is beginning to pay off. Since 2014 at least 58 arrests have been recorded in the six districts, 32 cases came to court and 14 people were sentenced to between three and 10 years in prison.

“Countries need to come up with joint cross-border teams to monitor these practices – joint initiatives such as creation of special policing or border control units to monitor and arrest alleged perpetrators of the crime,” says Osur.

“The governments also need to fortify their borders and increase surveillance especially during FGM peak seasons.”

He adds: “There is a need to integrate the so-called cutters into the community by providing them with an alternative source of livelihood.”

Adopted from The Guardian

President Museveni and his Kenyan counterpart, Uhuru Kenyatta, yesterday launched the cross border programme for sustainable peace and development between...