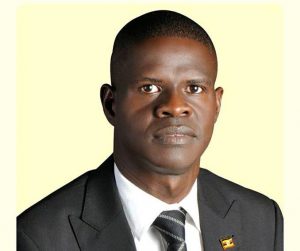 Over the past 15 years, most countries in Africa experienced sustained economic growth, with growth rates often exceeding 5% per year.

This has inspired much optimism about the region’s prospects to finally leave poverty and under development behind.

However, the general economic context is now turning less favourable, with growth slowing down, especially in oil and mineral exporting countries.

On the whole, overall growth is expected to continue, but at a slower pace. In this changing climate, it
is important to look at the drivers of growth, in order to distinguish those that can sustain further growth.

Looking back to the years of sustained growth, it is clear that many drivers have contributed to this; their configuration ultimately depended on the local economic situation in each country.

Favourable external conditions, especially high commodity prices (based on high international demand) and availability of investment money in search of new opportunities at global level have played a major role.

At the domestic level, the improvement of the macroeconomic climate – especially the reduction of
external debt and of current account and fiscal deficits – as well as the decline in the number of conflicts and improved political and economic governance have also been, without doubt, central contributors to growth.

Spurred by growing internal demand, a buoyant services sector has in many cases been the fastest growing sector of African economies.

The telecommunications boom, first based on a huge increase in mobile phone usage and now on rapidly expanding internet penetration, has also played a central role.

The laggard in the growth story, however, has been the manufacturing sector.

Sub- Saharan Africa remains unable to join the ranks of those developing countries that base their growth on the export of competitive manufactured products.

Growth has been fast, but from a low base, and consequently Africa still has much to do to catch up with other regions of the world.

Despite the excitement raised by the fast economic growth which inspires the belief that Africa could become the next Asia, African countries still trail behind other developing countries in terms of development pace.

Per capita GDP growth is still significantly lower than in Asia; economic diversification and sophistication remain low level in most African countries.

Proposals to spur a real and deep economic transformation have varied, but in many cases focus on the need to develop Africa’s industrial base.

Adapting Africa’s industrialisation to its specific characteristics requires coordination with the extractive
industries, and modernisation of agricultural production and expansion of agro- processing.

In this way the continent could leave dependence on a few export commodities behind, and improve resilience to external shocks.

Industrialisation is also considered necessary by many authors to create sufficient jobs for the rapidly growing population.

While the service sector has grown quickly, driven by internal demand, and is usually considered the sector that most contributed to growth, its overall productivity and its export potential are still low; much of the workforce lacks the necessary higher skills.

For economic success to continue and to achieve its transformative impact, a climate of political stability is needed, since conflict is a major threat to Africa’s economic growth.

The author is an advocate, Pan Afrticanist and an ambassador of the East African Community