by Canary Mugume
in Investigations

The public trial, last week, of the nine senior police officers said to be in the inner circle of Gen Kale Kayihura has raised new questions about the inspector general of police’s job security.

Will the trial bring down Museveni’s once favoured blue-eyed boy who has publicly confessed being an NRM cadre?

While the stated charges against the officers relate to kidnap and extortion, sources within the intelligence community told The Nile Post that “unstated” charges relate to the high profile murders of prominent personalities including that of Andrew Felix Kaweesi in March 2017.

President Museveni has been on record castigating the police for doing a shoddy job in relation to the investigations into these murders.

In aftermath of Joan Kagezi’s murder at Kiwatule in 2015, Museveni said the force was using the “ani amulengedde” (who has seen him?) method to pursue the suspects instead of using modern surveillance system.

When Kaweesi was shot dead, a tough talking Museveni told Kayihura to “clean up” his force before he acts.

Sources have told us that the trial of the senior officers is the first step in the cleaning up exercise which could also sweep aside Kayihura.

Nixon Agasiirwe and Joel Aguma, the two most senior officers facing trial, are said to be some of the most trusted confidantes of Kayihura in the force.

Whatever they did, sources said, must have been done with the knowledge of the police boss.

Agasiirwe is a former commander of the special operations unit within the force while Aguma is the commandant of the Professional Standards Unit (PSU).

Analysts and sources in intelligence thus reckon that it could be a matter of days before Kayihura is relinquished of his duties.

Charles Rwomushana, a political analyst, told The Nile Post that the beginning of the end of Kayihura’s reign has started.

“This is a slap in Kayihura’s face. Museveni is eliminating Kayihura both politically and military. That is why all media has been nasty against Kale. He is the one who has been the absorber of all dirt NRM has done,” Rwomushana, a former head of the political intelligence desk in ISO, said.
Indeed

For long, Kayihura has been seen as Museveni’s go-to man on matters concerning security be it military affairs.

Officially, he is remains a military advisor to the president even as his carries out his duties as inspector general of police.

However, the arrest of Kayihura’s point men, which must have been approved by the president, could be an indication that power is slipping away from him.

To his credit, Kayihura has been cleaver enough to notice this.

Recently he has sought to show that he is loyal to the president than ever before, to the extent of assuring Museveni at a function in Kisoro that “I can never forsake you.”

Those who have worked closely with Museveni say he is never easily baited by such moves.

“The president first keeps quiet as he observes the situation and then swings into action when you least expect him to,” said one of his aides, speaking anonymously.

How did Museveni’s relationship with Kayihura hit a low end?

Some analysts say the re-invigoration of Lt Gen Henry Tumukunde, the minister for Security, altered the equation in the Kayihura-Museveni relationship. 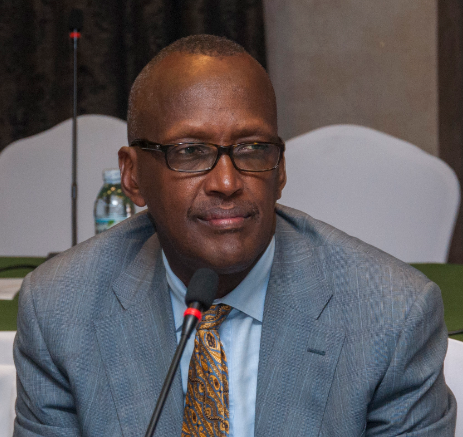 Tumukunde was a key architect of President Museveni’s hard fought victory in 2001 elections against Dr Kizza Besigye, then of the Reform Agenda.

Four years later, he fell out with the president over the manoeuvres to amend the Constitution to lift the presidential term limit.

In 2005, Tumukunde was arrested (Kayihura was at hand in Kololo to oversee his arrest) and later charged in the General Court Martial for insubordination and spreading harmful propaganda.

After seven years in detention, he was released, “rehabilitated,” and retired from the army.

In 2016, Tumukunde was part of Museveni’s re-election team, combing villages across the country to mobilise support for the NRM.

After the election, Museveni appointed him minister for Security, a docket that links directly with the police force headed by Kayihura.

Sources within the security circles told us by “forcing the two to work together in the same sector” Museveni was not a fool.

He knew that they would never gel.

Already, Tumukunde and Kayihura have already clashed over the handling of the Kaweesi murder and the killing of young females in Entebbe and Nansana municipality.

Yet it is these kind of divisions among senior officers that give Museveni the opportunity to know what each is doing to either strenghthen or undermine his government.

In the end, they all run to Museveni to “report each other” and ask for his intervention, a situation that reinforces the fact that the president remains the ultimate king.

Political analyst Kwezi Tabaro believes the current debate around Kayihura’s job security is premature and will come to nothing.

Tabaro said the trial of the senior officers will not effect Kayihura’s standing before the president.

“You could say they were loyal to Kale but that does not excuse them from committing crimes outside the ambit of police. They were over zealous in their conduct, I don’t see how that affects Kale,” he said.

Kwezi said there is no reason, in his view, for Museveni to get rid of Kayihura this early because the president just renewed his contract early this year.

“What new thing has come out that didn’t a few months back when Museveni was renewing Kale’s contract. Doesn’t add up to me,” Kwezi argued.

Will Kayihura survive this new storm?

There are appear to be no easy answers to this question at the moment.

By Male H.Mabirizi K. Kiwanuka On 7th October 2021, a day to our 49th Independence, two events happened in relation...

Museveni dares teachers on holding gov’t at ransom over salaries