Amb. Dr. Hassan Wasswa Galiwango has presented his letters of credence to Wavel Ramkalawan, the Seychelles President in the capital , Victoria.

Galiwango is Uganda’s High Commissioner to Kenya and Seychelles with HIS  residence in Nairobi.

On Tuesday, he was accompanied to Victoria by his spouse Hajjat Sheru Umar Nsubuga,  Evans Aryabaha  (Counsellor) and  Bernadette M. Ssempa , the First Secretary from the Ugandan High Commission, Nairobi.

Well  received by his host, Galiwango delivered fraternal greetings from  President  Museveni to his Seychelles counterpart.

The High Commissioner and his host recalled the historical links between the two countries exemplified by exiling in Seychelles of Kabaka Mwanga and Omukama Kabalega by the British colonial administrators between 1899 and 1903.

They agreed to strengthen bilateral cooperation between the two countries by concluding a General Cooperation Framework Agreement  with special focus on education, health, tourism, and agribusiness, among others.

The senior officials indicated that Seychelles needs more Ugandan teachers especially for Sciences and doctors, and as well  has the potential to import agricultural products such as fresh fruits, vegetables, meat and dairy products.

Dr. Galiwango and his delegation are also scheduled to meet the chairperson of Seychelles Chamber of Commerce and Industry later today. 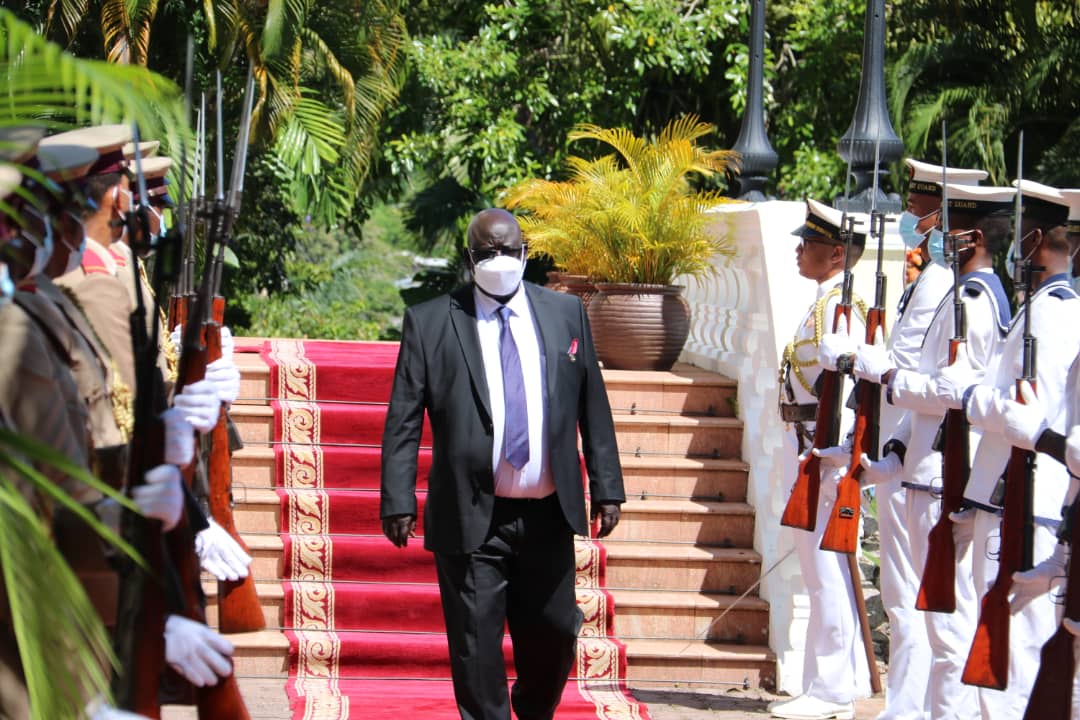 Seychelles officials also underscored the quality of service provided to country by Ugandan teachers and judges over the years.

Galiwango is the first High Commissioner of Uganda to present letters of credence to the president of Seychelles, which is a precursor for closer and deeper cooperation between the two countries.

However, the country is highly dependent on tourism and fisheries, and climate change poses long-term sustainability risks.