Poultry farmers have been urged to go for the right inputs in order to have a quick turnover.

Last week, HMH rainbow, a company housing the popular chicken Brand – Yo Kuku held its 10-year anniversary in Uganda. The celebrations, characterized by Good band music, food, and drinks took place in Bugolobi at the yo Kuku head office.

Kuku feeds is part of HMH-Rainbow Ltd and it is also related to Yo Kuku, who are growers and processors of fresh chicken for the Uganda market.
The poultry industry is one of the fastest-growing industries in Uganda. And poultry feeds have a wide market both in urban and rural areas of the country. Yo Kuku feeds were formed based on the need to add value in the agricultural sector with the provision of high-quality poultry feeds, said Rafik Manji, the chief executive director – HMH Rainbow. 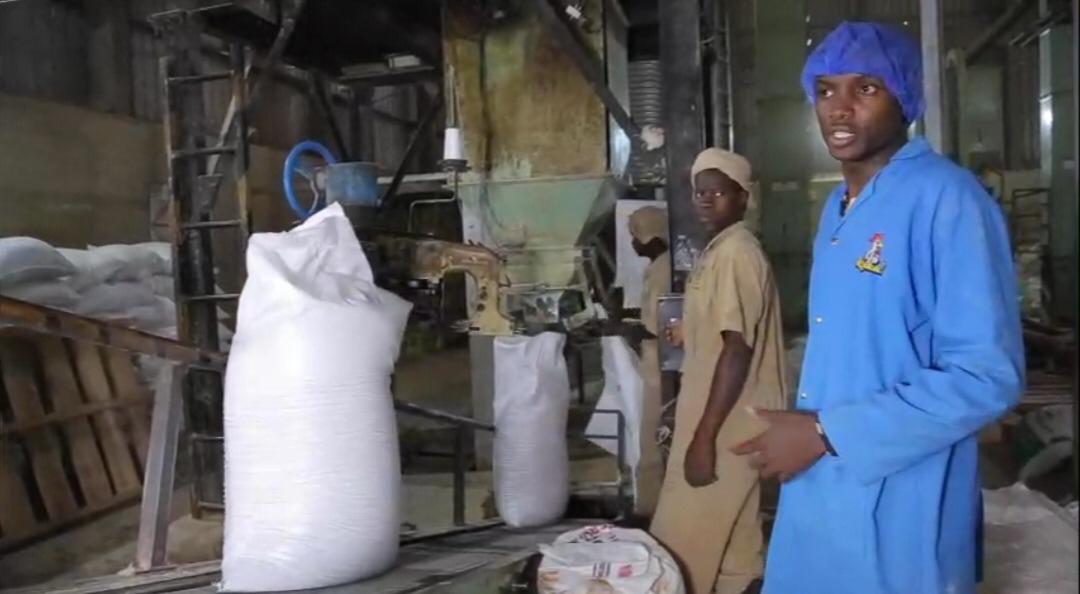 The feeds production section was started 3 years ago in Semuto, Luweero District, and the feed mill was producing a maximum of 50 tones per day. This has since changed, the feed mill now produces up to 800 tones daily And now supports hundreds of farmers across Uganda, he added.

The feed mill has also bridged the employment gap by buying fresh maize from farmers locally that is used as the major raw material in the making of the feeds.

’When we set foot in Uganda 10 years back, farmers were rearing birds for 2 to 3 months. ‘’ said Douglas Ssengendo the sales and marketing manager for Yo Kuku feeds. He added that ‘’there was a need to change this narrative, we had to concentrate on making special feed formulations, the starter crumbles, grower pellets and finisher pellets for poultry farmers so as to enable them rear birds for 4 to 5 weeks maximum’’. this has enabled poultry farmers not only to have a quick turnover in the business but also have quality and nutritious feeds for their birds.

Douglas adds that Yo-Kuku started 10 years back with only one farm, but now, the company owns up to 5 farms. he notes that the emphasis now in the coming years is going to be highly put on distribution methods of the feeds and chicken to ensure that all Ugandans have access to the company’s products.

The company is also working towards an increase in the number of their feeds and chicken distributors in areas where they don’t own Yo Kuku shops. Yo Kuku customer service is also going to be highly stepped up with the innovation of the Yo- Kuku call center.

Farmers’ inquiries and compliments and complaints across the country will now be handled quickly and professionally through the call center.

Hope Kwiyocwiny the sales and marketing manager for Yo-Kuku believes that the company has greatly improved on the number of products on the market. from just having a whole chicken to 19 different chicken products.

‘’We want to move from 5 farms to probably 12 broiler farms in the near future. our major market as of now is in Uganda, but we are also exporting chicken to Kenya. In the next ten years, we want to open Yo Kuku to different markets like Tanzania, Congo, and Rwanda.

Tim Steel is the CEO of Copia Global, a mobile commerce platform targeting the African mass consumer market, as well...

There is good news for the economy about rising employment levels for the last six months as the country continues...

MTN Uganda lists  its shares on the USE, commences trading

MTN Uganda today listed its 22.4 billion ordinary shares on the Uganda Securities Exchange (USE), with trading commencing immediately. The...

Uganda Breweries Limited (UBL) has reiterated its commitment to inclusion and diversity by setting a target of 10% of all...

Opinion: Are bomb blasts a threat to Museveni's legacy?