The State Minister for Agriculture in charge of Fisheries Hellen Ado has hailed the Egyptian government for supporting Uganda in various projects especially in the agricultural sector.

The State Minister for Agriculture in charge of Fisheries Hellen Ado has hailed the Egyptian government for supporting Uganda in various projects especially in the agricultural sector.

“I thank you for sacrifice and support of govt of Egypt. There are so many projects that countries give but when you identify a village like this and bring such a project, you are touching the lives of people. Through this project, many lives will be able to change,” Adoa said.

The minister was on Wednesday inspecting the renovation works for Kamuwunga landing site in Lukaya Town Council, Kalungu district which include removal of the aquatic weed and floating islands at the site under the Uganda-Egypt Aquatic Weed Control Project.

Adoa noted that such projects are meant to support the prosperity of the local population and urged the local leaders to ensure landing site is used as a tool for wealth creation of the people.

“The Egyptian government has come to support Uganda so that people’s lives change. I don’t expect people from other areas to come here, pick fish and become rich as the locals remain poor. Use the money from the fish caught here to improve your status but not using it to buy alcohol,” the minister urged. 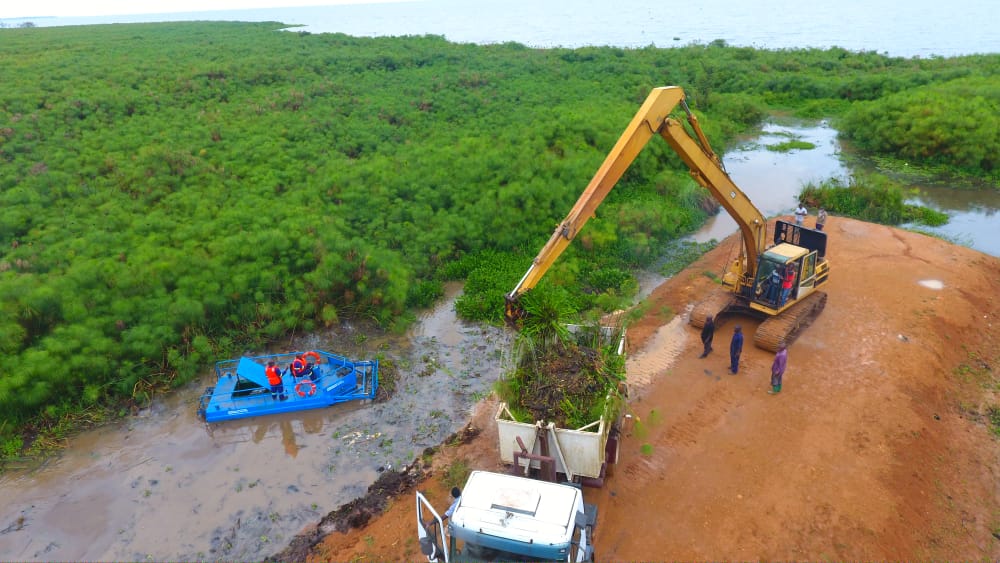 The project is handling by Wady El Nile together with African Egyptian Engineering Services.