Early this week, the University appointed Bad Black their brand ambassador, however, following criticism on social media, the university would later disown Bad Black, citing that she only reached out to the university to recruit as a student.

In a new twist of events, the university has now admitted that Bad Black is their brand ambassador.

“Ms. Shanitah Namuyimbwa is our University Brand Ambassador. Our job is to transform and rehabilitate those that desperately need help to become better people. Ms. Shanitah is a better example of such people that need urgent help,” the University said in their most recent statement.

“Victoria University calls upon the public to join us in transforming lives and education. Let us not judge others; we should leave that to God because He is Mighty,” the university added. 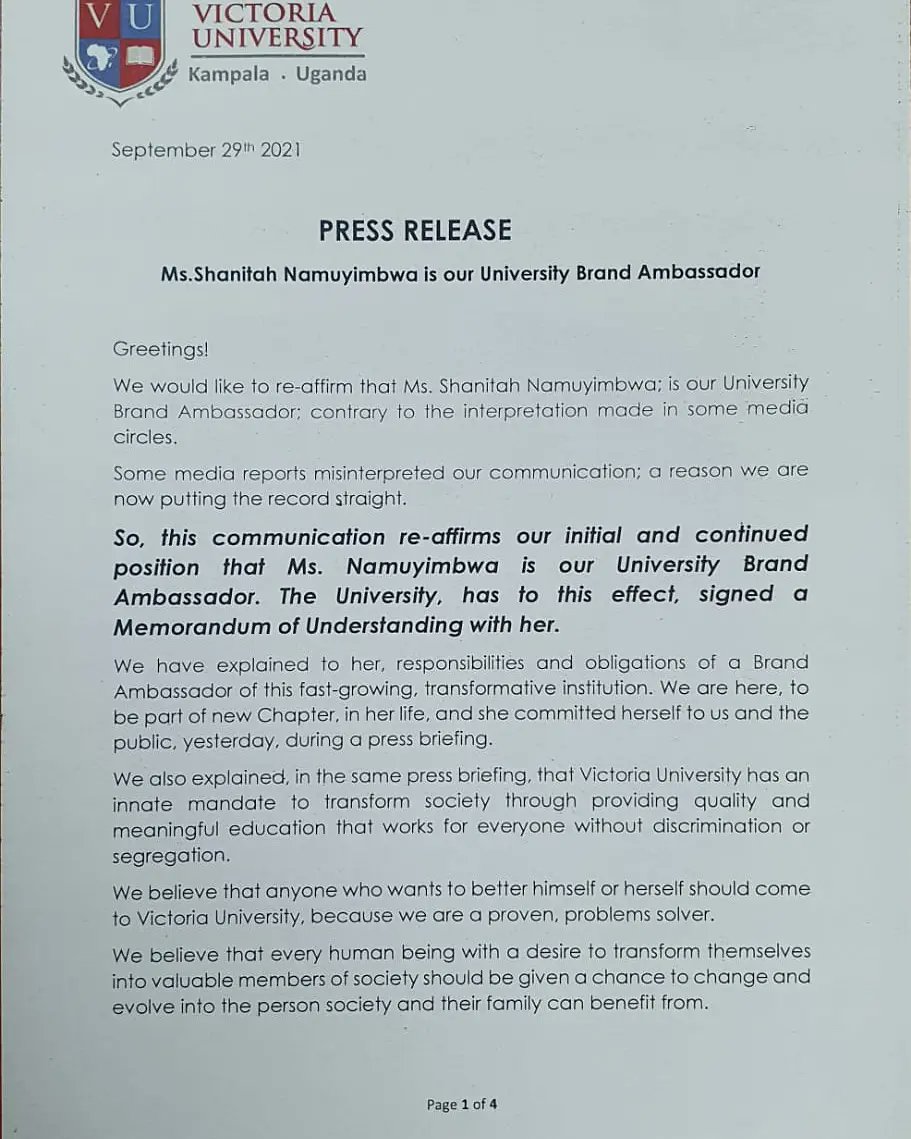 According to their Vice-Chancellor, the University Management has explained to Bad Black the expectations of her new job and she has committed herself to perform and transforming.

Democracy without a vision is sterile- Museveni