The Chief Justice, Alphonse Owiny Dollo has asked the Uganda Human Rights Commission to speak up about the rampant human rights abuses in the country.

The Chief Justice, Alphonse Owiny Dollo has asked the Uganda Human Rights Commission to speak up about the rampant human rights abuses in the country.

“You have to ensure we live in society peacefully and enjoy our rights but also respected by others. It is a huge task and there is no denying that we see rights being abuses every day. The oath you have taken is to ensure you do right to all manner of people without fear. Speak directly to authority without fear or favour,”Dollo said.

“Speak up and make decisions. Dont favour anyone in exercise of your functions. You have not been appointed to please anyone but ensure rule of law prevails.”

The Chief Justice was on Wednesday speaking during a function where the new UHRC chairperson, Mariam Wangadya and four other commissioners recently appointed by President Museveni took oath.

Dollo said of recent, the rate at which people’s rights are abused has gone up but noted that it the duty of the Uganda Human Rights Commission to ensure they are promoted.

“We all have political, tribal, ethnic and religious inclinations but these don’t matter here. This country needs all of us. I dont own this country more than anyone here. In terms of owning this country there is nothing like highest or lowest. We are all at par. Promote the respect for each other’s rights because many are not non- derogable.” 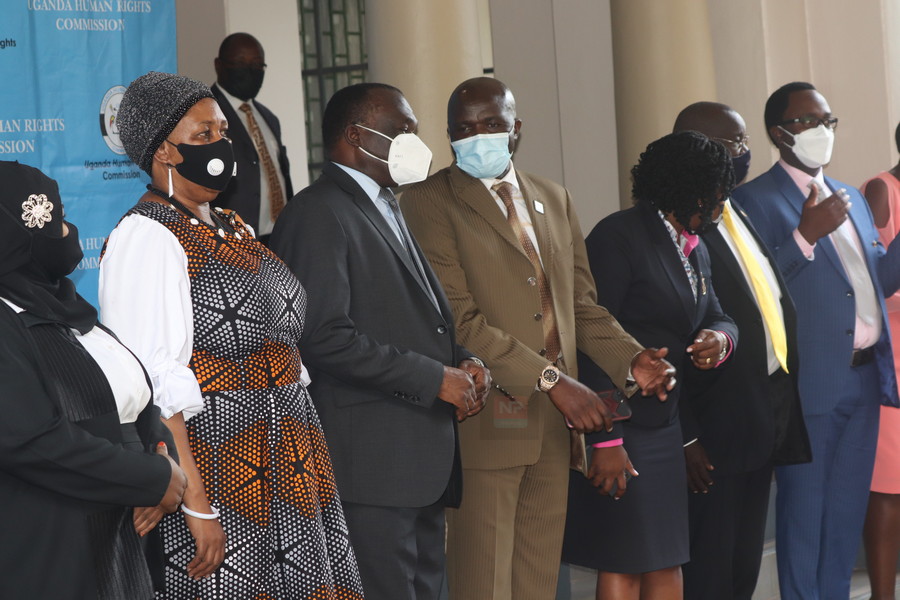 Speaking at the same function, the new Uganda Human Rights Commission chairperson, Mariam Wangadya said she would perform her duties without fear or favour of anyone but urged Ugandans to respect human rights and freedoms of others.

“I take this opportunity to call upon people of Uganda to respect rights and freedoms of others but also be law abiding. Individual rights matter but so is national security which should not be compromised,” she said.

The Uganda Human Rights Commission was established under Article 51 of the Constitution as a government body mandated to monitor and advance human rights in the country.

Since 2019 when Meddie Kaggwa died, UHRC has not had a chairperson, a situation that has crippled their work.

The chief executive officer of the Uganda Development Bank Limited (UDBL), Patricia Ojangole, has been named Sustainability Leader of the...