Uncle Mo: The mechanic who makes you laugh as he repairs your car (VIDEO)

Uncle Mo: The mechanic who makes you laugh as he repairs your car (VIDEO)

The nickname ‘Uncle Mo’ came as a result of him calling his neighbours ‘uncles’ and ‘aunties’.

Uncle Mo is a mechanic too

Average number of retweets: 120 retweets per tweet with video

Real names Moses Kiboneka, Uncle Mo is many things, a comedian, actor, singer and a mechanic who is also a director at Nyange Automobile Workshop.

The nickname ‘Uncle Mo’ came as a result of him calling his neighbours ‘uncles’ and ‘aunties’. So in return they nicknamed him ‘Uncle Moses’ and because Uncle Moses was too lengthy, he later shortened it to ‘Uncle Mo’.

Over the last year, Uncle Mo has burst onto the comedy scene with a unique approach to content creation.  He picks stories making headlines in the press and makes fun out of them.

In an interview with the Nile Post, Uncle Mo opened up on his long journey from a mechanic to becoming a big figure in Uganda’s comedy industry.

THE BEGINNING OF UNCLE MO

Uncle Mo describes himself  as equally at home in the arts and sciences. His love for sciences is what landed him his day job fixing cars usually at Nyange Automobile, a garage he’s been a director at since 2012.

He boasts a scientific education background. He studied engineering at Kyambogo University and Bachelor of Science in Economics, Maths and Statistics at Makerere University.

He was grateful for the stipend because, “I kept getting that small money and also got to hang around Makerere. I love to study and I have no problem with studying and my art side is something I used to do in school.”

THE LONG JOURNEY TO STARDOM

Uncle Mo might be new to many but not to followers of comedy. About 7 years ago, he participated in a stand up comedy competition organised by Rotary Uganda.

He says, “I participated and won. It was my first time doing stand up comedy. I actually won it back to back, the first year it was launched and the second year. So those times when I won it, they would say that the winner will get to perform before an ordinary Ugandan crowd.”

From there, he earned an opportunity to perform on a comedy show dubbed ‘Haha’ sponsored by Gotv, at Theatre La Bonita. It is here that he performed his first stand up skit although he didn’t qualify.

In the years that followed, he started to write and contribute event reviews wherever he could get published. He would give readers a sneak peek about what happened at concerts and events like Blankets and Wines, Roast & Rhymes.

He says, “I used to call my reviews Uncle Mo’s Observations.”

When the opportunity came up, he scored minor roles in TV drama series like Deception, Power of Legacy, Bed of thorns, and Coffee Shop.

He adds, “I have appeared in a film called Love Faces and I have done a number of stage productions”

But Uncle Mo did not consider these efforts as leading to a breakout as a comedian.

Although he had dabbled in the arts industry for years, his half hearted dream of making a real career in comedy would only come true when the world came to a standstill: in 2020 during the Covid-19 induced lockdown.

A friend called Diana who had been an ardent reader of his reviews urged him to turn some of the descriptions into video format. An avid social media user herself, Diana gave Uncle Mo a quick tutorial on how to create and post videos on his own platforms.

At the time, Mo recalls, “My platforms were already there but I didn’t know what to do with them. I had an identity crisis. I love to do many things. I love to sing, I love to write and fixing cars. My Facebook and other pages were there, all in names of Uncle Mo but no one knew Uncle Mo then.”

Ultimately, following  his friend’s advice, Mo and the friend wrote his first script, shot it and put it up on his YouTube channel.

“I even didn’t know how YouTube works so I go to my channel wondering what to do. I was not even interested in making money, I was just idle. I was doing nothing, there was no work. So I put up my first video.”

This first YouTube upload was on July 12, 2020. He did not have high hopes for it. The upload had been to scratch his itch of acting.

He is upfront, “I just did it for vibes. I did my first video which I didn’t like because in my head I thought I didn’t know what I wanted to do.”

Eight to nine videos in, with the constant prodding of his friend who helped write his script, Uncle Mo was shocked at the numbers the videos were attracting.

Uncle Mo, who draws inspiration  from Trevor Noah’s comedy show dubbed ‘The Daily Show,’ says he  is humbled that many people consider his approach unique.

Uncle Mo shoots his videos at the automobile garage he works at.

This is his logic, “Shooting from the garage actually relaxes you so that you don’t have to worry about lights, sound and I was there like finally I have a chance to be different.”

Like many other in the arts industry, Uncle Mo’s job also comes with pros and cons . He says his biggest challenge is lack of equipment.

“I need equipment. I am not a technical person. I can’t edit work. Once my editor is sick or busy, I have to wait until they come back” 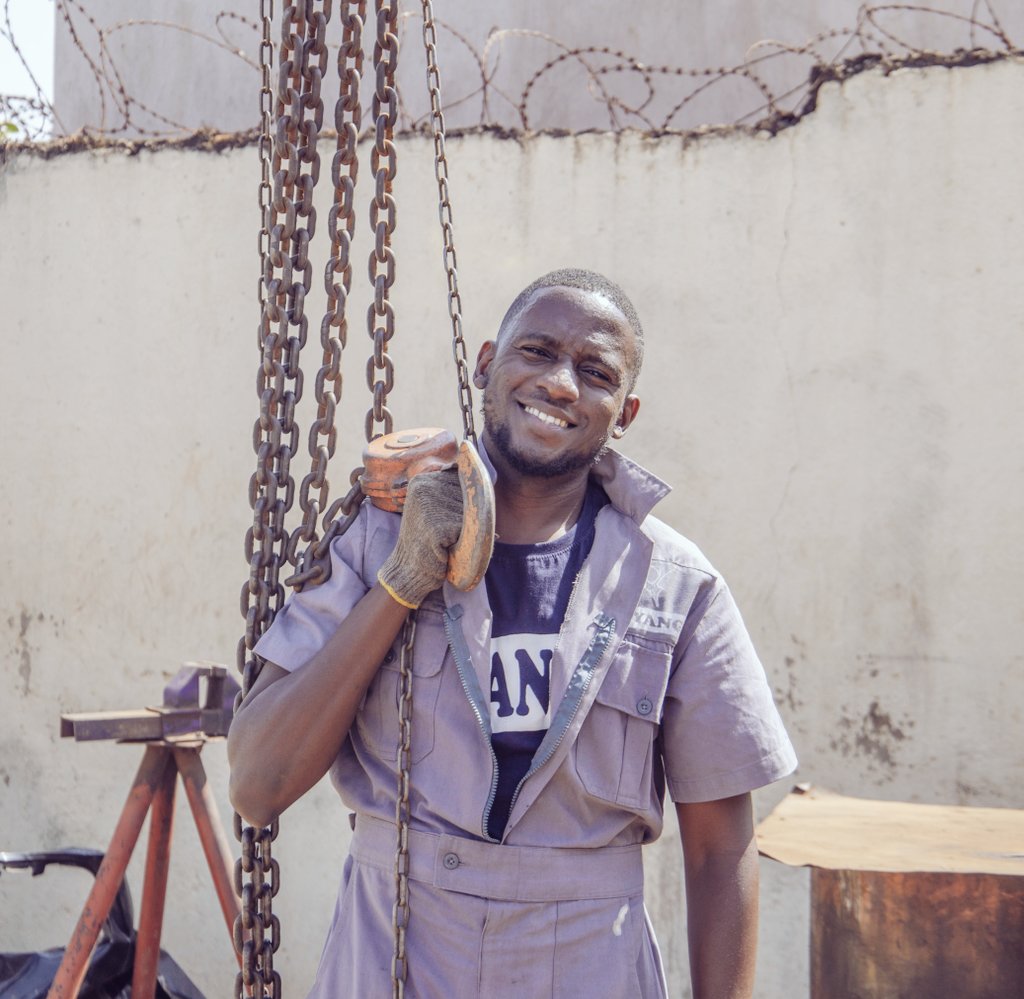 He also points out writing as another challenge since everything he acts in his videos has to be  first internalized and written down.

“It’s very hard because I am doing many things at ago. But one day, we shall grow bigger and have a bigger team of writers, researchers”

Reflecting on the impact of Covid-19, the comedian says, last year was very bad for him as he struggled to earn a living.

“It was horrible, I went 8 months without earning an income.  I decided to do my online thing just to kill time”

He however says he has picked lessons from last year’s experience and now knows how to make use of such circumstances.

“I now do understand the semantics around the pandemic like if a lockdown is slapped on us, I know how to make use of it. I will do my online thing because I know people will be home and watch my videos”

ADVICE TO THOSE WHO LOOK UP TO HIM

For anyone out there who wants to follow in his footsteps,  Uncle Mo advises  them to be ready to put in the work.

“I am their role model because some people have just known me for two months but I started one year ago when only my ‘Ssenga’ in the village and my brothers were following my work. They should know that there is a dark room moment, that time when you’re working and no one knows what’s going on in your life. It’s a very lonely and  long journey.”