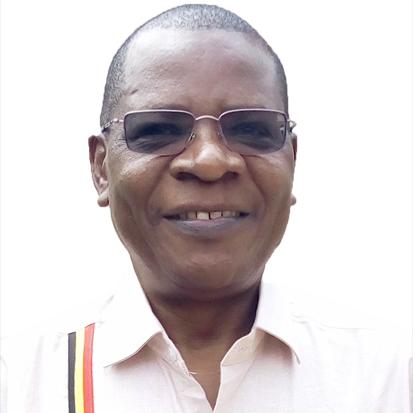 Yesterday, the Parliament, at its very first sitting, approved the varying of ministers and thus endorsed the request by the president to create one more additional ministry.

This now brings the total number of ministers to 81 which is unprecedented in itself.

However, one should also take note that the cabinet selection of this kisanja (term) is also unprecedented.

The President is on record justifying his selection and appointment of this cabinet as one where he was following what the Jesus of Nazareth did in opting for the ordinary riffraff fishermen while leaving the usual intellectual Pharisees out.

He promised that these appointed Ministers whatever people may think about each of them individually, they are the ones who are the “anointed” to oversee the miracles that the “Jesus” is going to execute in the next five years of his pastoral works in Uganda.

Now that Parliament has granted the wish of the President to have the number of ministers (fishermen) that he seems to consider as the necessary prerequisite for his pastoral work to run smoothly, we the wananchi should now be comforted that everything is tightly secured.

We should be comforted that, this time around there won’t be any excuses, blame games or shifting of goal posts.

I can only urge us to be patient and peaceful but with a very keen eye of monitoring and evaluation of the various miracles as they will be unfolding in each and every ministry.

If anyone of us the still doubting Thomases, do blink our eyes as water is being turned into wine or while Jesus is walking on water and while the five loaves of bread are being fed to the multitude of people without us noticing these miracle events, then it will be us to take the blame and not the miracle performer.

Actually let the fishmongers take charge this time. After 35 years of trying out and putting the intellectual Pharisees on the government pedestal, there hasn’t been much that their knowledge, eloquence, savviness and exposure have given the Ugandans to see and touch so far.

Government service delivery is still a big challenge as we can even witness this playing out in the preparedness and handling of the Corona pandemic.

The situation is not any different with the disorganised and nauseating transportation infrastructure both in the urban and rural areas of the country.

Equally, the education system is not well to say the least and the education fate of our children now is left to most time merciless private players.

Eminently, abuse of office, corruption, disregard to rule of law and impunity are the order of the day. Yet, under-production, lack of accountability and abuse of authority are raging on unabated.

The so called intellectual Pharisees who had been the anchor and who have sustained this government for the 35years seem to have become mere tail wagers.

Therefore without a doubt there was a need for a change in the caliber of those who are entrusted to ran the public affairs of this country.

Otherwise there would be no convincing explanation as to why we have gone to borrow more than €300m to patch up a century old vandalised and abandoned railway line instead of starting on the touted and long awaited Electric Standard Gauge Railway System (SGR)?

One would believe that this is the very reason why we embarked on the ambitious Karuma Dam in order to provide enough electricity to the power grid that would run the SGR.

Tanzania started their Electric SGR with a diaspora bond of $500m in 2018, and they are commissioning the first phase of 428 Km from Dar Es Salaam to Morogoro this coming month of July.

The long time proposed Jinja – Kampala Expressway (JKE) is taking forever to even get to submission of bids stage although there has been several solid expressions of interest to finance the project.

There are so many such significant infrastructure projects that are stalled and you wonder if our intelligent Pharisees that have been running the show ever heard of the two cardinal principles of Project Management – delivery on time and within budget!

This is a notion that is known very well but never practiced or adhered to in our country called Uganda!

In short, let the fishermen take over because they are presumed to know in no uncertain terms the essence of time in all their water expeditions.

We hope that they will use this time intuition to expeditiously turn around things for the betterment of the wananchi.

May be I should only caution that even these fishermen to be able to deliver where the Pharisees have failed, this might be the time for the Magufulification to apply.

Probably the crucial question for the chief of these fisher mongers that needs to be asked and aggressively pursued is that of the East African famous trending hashtag #WhatWouldMagufuliDo?