Menk has departed Uganda after completing his three-day work trip in the country.

Mufti Menk who arrived in the country on Sunday evening, on invitation by Kuuwe Umar, Executive Director Imnaq Social Development and Dawa, flew back to Zimbabwe on Wednesday, 29th April 2021 at 3pm.

During his visit, Mufti Menk who was in the country for his second time, took part in several activities that ranged from youth mentoring to charity works. He urged the youth and Moslems to embrace charity especially during Ramadhan.

The motivational speaker had earlier on Tuesday met President Museveni at Kyankwanzi State Lodge, where he prayed for him and the country.

Museveni, via Twitter commended ‘respectable’Menk for strengthening the relationship between God and mankind.

Menk successfully concluded his visit by laying the foundation stone of Musa Islamic Centre thereafter attending Charity Iftar. On the same day, he visited a number of tourist sites including the Source of Nile in Jinja before holding his closing press conference. 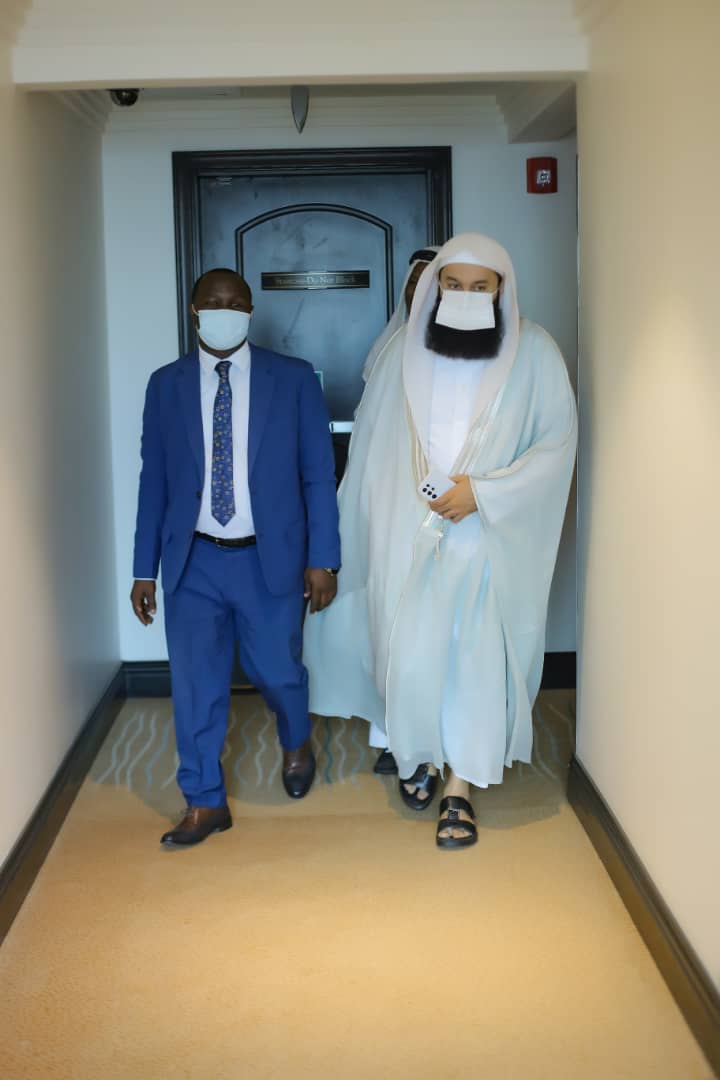 Menk commended Ugandans for their friendliness and the beauty of the country. He especially thanked Next Media Service’s chief protocol officer Pablo Bashir for smoothly arranging his visit. Bashir was on hand to welcome the Mufti into the country and was present as he checked in at Entebbe airport, preparing for departure.

Ismail ibn Musa Menk well known as Mufti Menk is a Muslim cleric and Grand Mufti of Zimbabwe. He is also the director of Daarul ilm (Islamic Educational Canter) of the Majlisul Ulama an Islamic welfare organisation which caters to the needs of the Muslim population of Zimbabwe, especially in Islamic education.

He has a following of over 500 million followers globally. In 2014 and 2017, Mufti Menk was named one of the 500 most influential Muslims in the world by the Royal Islamic Strategic Studies Centre of Jordan.