The 2019 Beach Soccer league, champions St Lawrence University have won their two games defeating MUBS 10-06 in their opener thanks to their star man and 2019 MVP Ochero Sulaiman who scored five of the goals.

In their second game, the holders humiliated Entebbe Sharks 13-04. Despite their perfect start, their coach Davis Nono wasn’t impressed. 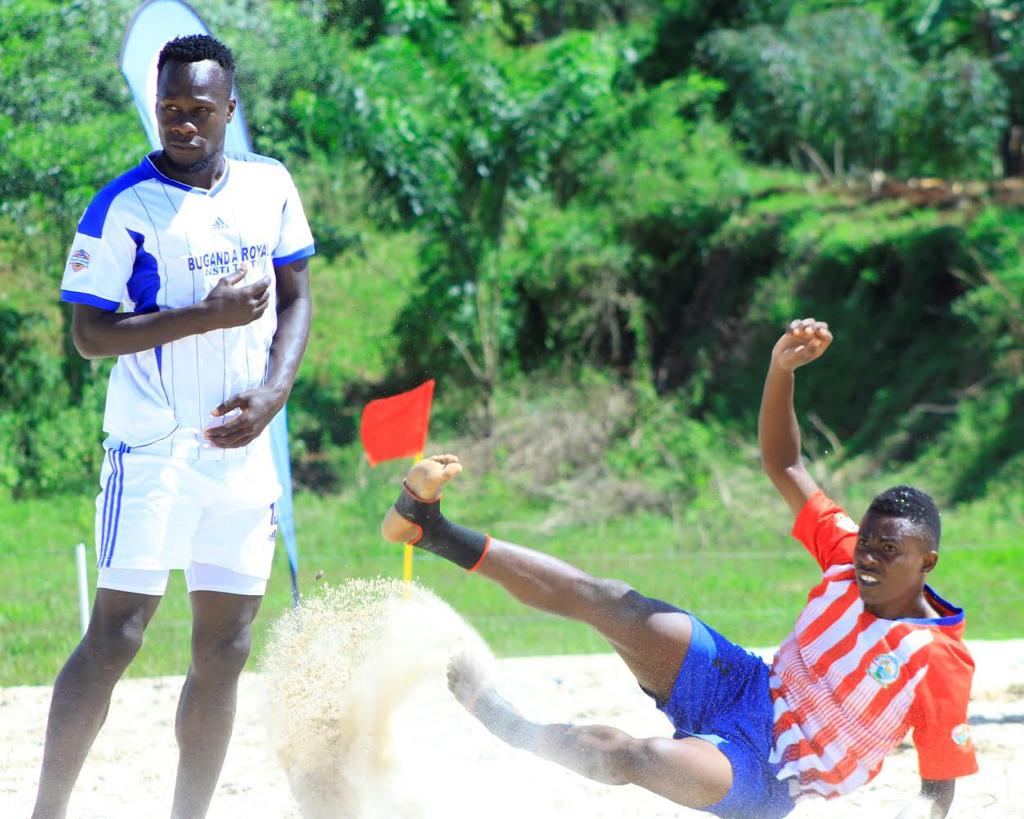 “We have played two very important games since the boys haven’t been playing for over a year . We have won but with a lot of mistakes “

In the other games played on 8th April 2021, Kiringete Bsc lost 7-6 to Entebbe sharks, while Mutoola Bsc beat Buganda royals 6 – 5

Buganda royal will entertain St Lawrence in the final game of the day. 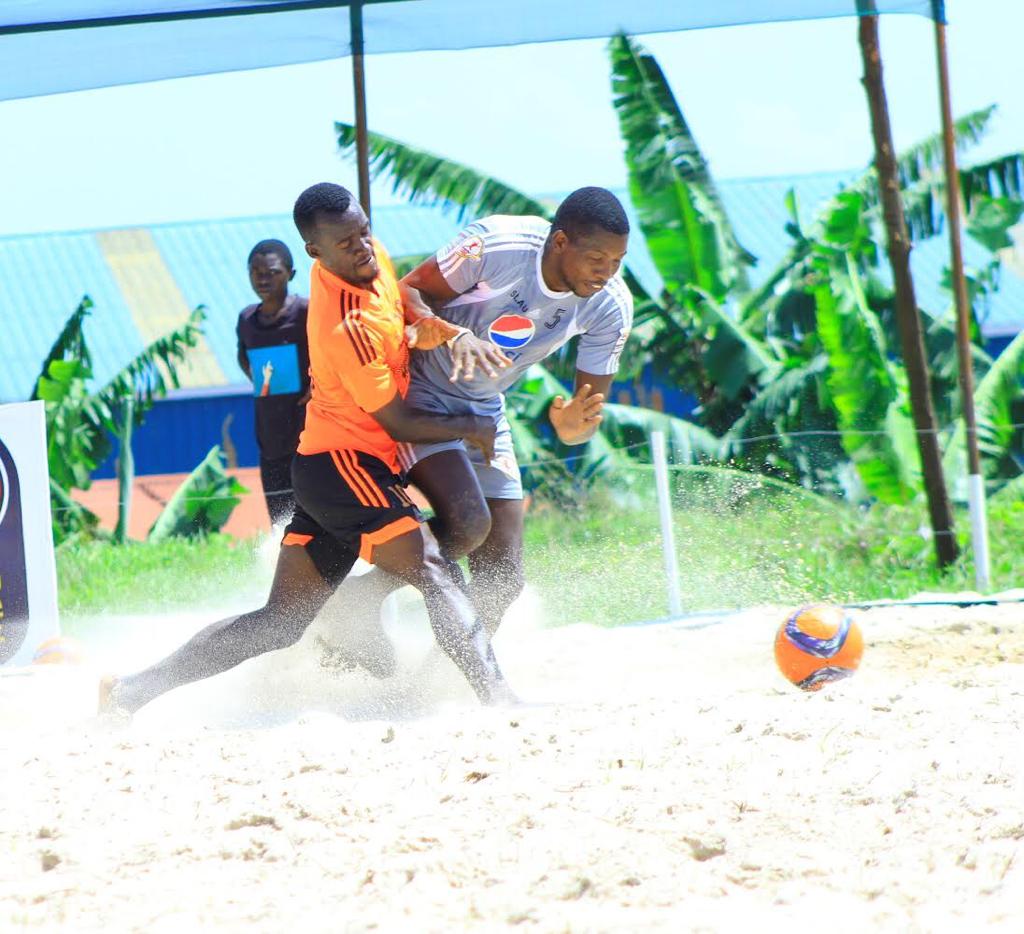 The league will run for 8 days and on a two-legged residential basis with the first round ending on the 11th of this month while round 2 will run from 12-15th of April.

After the completion of the league on the 15th of April, the technical team will select the best 15 players that will enter the 21 days residential camp to prepare for the Beach soccer Africa cup finals in Dakar Senegal.

The sand cranes progressed to the Beach Soccer Africa cup after their rivals Ghana withdrew from the tournament.