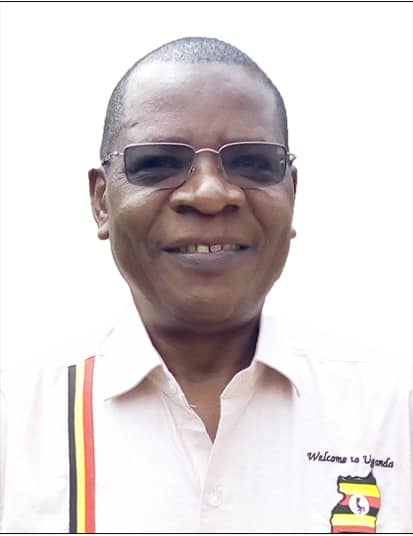 When these elections kicked off with the different political parties holding their internal processes of selecting their respective flag bearers, no one suspected that we would end up in the situation in which we are right now.

The contest in these elections for the presidential seat has turned out to seem like a war of sorts is going on. It is not hard to see rare war armour on the roads and deep in the winding roads in the villages going after the contesting presidential candidates.

Also it is not rare any more to see soldiers well fitted with all sorts of war gear on the streets and in the villages. Uganda has never had an election of this kind. This time round, it appears that the stakes have never been any higher than they are today.

There is a sense of do or die looming in the air. The rhetoric is equally charged with sparks of anger, rage and bravado. But what makes this particular election unique and a do or die for some of the protagonists?

I think the answer can be found in the comparison with the animal world where the natural progression for succession is a defining moment for a particular herd that is affected.

The experts of Wildlife have often explained to us the awful experience that the ageing male animals go through when there emerges a youthful and energetic bull in the heard.

When you go on these game safari trips in the National Parks, you won’t miss to see along your game drives, these rather lonely looking, isolated and dejected old male animals particularly the buffaloes and elephants.

We are told that each heard of the Buffaloes is composed of normally one single dominant male who is the patriarch of the heard. His role is to offer protection and security to the entire herd.

As a patriarch of the family, he demonstrates his role and authority by making sure that every member of the herd is safe, gets food and water and protected from any threat or danger. The male head of the family normally trails behind the herd when they are going to the watering point to quench their thirst or are simply looking for pasture.

He must make sure that everybody else in the family has drunk water and are on safe ground before he can have his turn. After the drink he again strolls behind slowly but in a firm formation ensuring that all his family members return to their resting spot safely till the next day.

That is true responsibility and care by the head of the family. The females and the young ones indeed feel secure within the watch of their patriarch. At this stage, there are no rivalries or fights except occasional family fooling around as a way of getting the growing young ones to learn some of the traits of their adults in terms of survival and fending off any threats.

However, things start changing drastically to take a different course once the young ones grow into maturity. Among them, there will emerge one strong male who will want to assume the position of the ageing patriarch.

Unlike in our human world where taking over as heir in the family is normally peacefully and cordially passed on through a will of the deceased or being appointed heir by consensus of the family members. On the contrary, in the animal world, one can only become a heir or acquire that privilege after fighting off the ageing one.

That is how Buffaloes, Chimpanzees, Gorillas and other wild animals sort out their succession issues. It is a natural progression of succession of the fittest. It is where and how the ageing and weak must be replaced. It doesn’t matter how fondly or protective the patriarch was before ageing.

It is not about the young not being respectful of the elders; it is the natural progression of life for the posterity of these animals in kingdom. But what happens while this rivalry for succession rages on is what makes this process of interest. While all other family members are still young, the old male is very caring and sometimes emotional to the well being of the young ones.

We have seen pictures of an old male Buffalo going ahead of the herd to form some sort of road block at a road crossing when they are crossing a road. The intent is to let all the family members particularly the young ones and the female cross without having to be ran over by the uncaring motorists. That is how the male can be protective and caring for each one of the family.

But once it realises that there are some growing males within the herd who might try to start challenging his position in near future, that caring male starts becoming jealous and angry. Its anger will be exhibited in sometimes unnecessary fights it will start to pick with those particular male lads in the herd.

Initially, the big old head of the family will, as expected, win these small “in house” fights and life of the herd will go on as the lads also continue to grow.

However, there reaches a time when, one of the lads after having attained the size, energy and guts, it starts confronting the old guy in order to size him up for an eventual decisive showdown down the road. In certain species, it is this showdown that spells doom for the old guy and once he is defeated, he is banished from the herd or pride forever.

The ageing former head who can no longer offer protection to the family is isolated and is left to roam around alone dejected and sometimes unable to defend himself from predators or poachers. The former patriarch eventually dies off as a loner. The herd however, moves on with life and so does the scenario of succession repeat as new generations emerge.

Since we humans are different from these animals and that God bestowed on us a rather different way of handling successions in our societies, I don’t see why we should be seeing the kind of ugly confrontations that we are witnessing almost on a daily basis in the spate of electioneering going on in the country. Ours for sure is not the wild animal kingdom where it is the succession by the fittest. Ours shouldn’t be about who has the most bravado.

Ours ought to be who has the best ideas. These are the ideas that must be sold to the voters and the one who packages and delivers most convincingly to the satisfaction of the electorates is the one who should be voted in and should assume the mantle to lead us in next five years.

Therefore, it shouldn’t be a do or die affair because if your ideas are not convincing this time round, there will be another opportunity to go at it after the five years. May be by then, one will have sharpened those ideas and found a better way of delivering those ideas to the electorate.

There is utterly no need for the country to shed blood for one to retain power or for anyone to attain that power. We are in a human world of reason and not in the wild animal world of might!