The Old Kampala Mosque where UMSC is headquartered 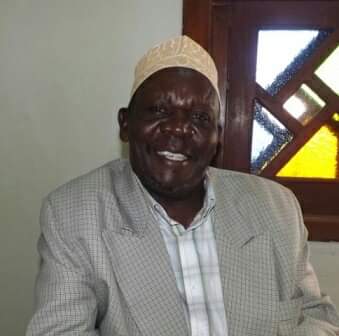 This is the third and last part of the memorandum to President Idi Amin Dada on the Muslim religious leaders’ conference in Kabale as written by the leadership of the Kibuli based Uganda Muslim Community back in 1971.

(Details of membership can be worked out by a committee created for this purpose).

We propose the name Sheikh el Islam as opposed to Mufti for fear of creating a ridiculous picture in Uganda that will never procure the respect of other Muslim countries. For everyone would wonder how it comes that we can have a Mufti.

Even a very brief examination of this issue will reveal that at our stage of development in the Muslim community in Uganda, there is no person who fulfils the qualifications for a Mufti of which the following are only a few.

· He must have certificates of education from recognised institutions of higher learning; in our case since we are an African country – an equivalent of a degree from Al Azhar

· He must have studied Islamic law

· He must be proficient in speaking, reading and writing of Arabic language.

· He must be versed in the following subjects:

Further more, he must be acclaimed and certified by other Muftis and Grand-Muftis from various countries more advanced on matters Islamic Azhar University must certify him as Mufti.

We have gone more deeply into the analysis of this issue because we feel that in order to understand it clearly; it must be put on its proper historical and academic perspectives. Emotions and sentimentalism can not solve a problem of this magnitude.

They will make consultations with other Muslim countries on matters that they fail to agree on. In conjunction with this, they will also deal with the welfare of Muslims – on education, tabligue, the maintenance of Sheikhs etc.

The finances of the council will be mainly drawn from the Muslims themselves.

We have however, already stated that the Muslim community has been a diseased arm of the Uganda population. In order to improve its health, government should be asked to make a special grant to them to enable them constitute a viable and effective organisation.

The type of set-up we have in mind will not only help to provide the Muslims of Uganda with an effective organisation, it will also generate more unity and will in the long run functionally reduce the necessity of other organisations.

This road to unity is the only one that is realistic and one that will succeed for it does not take people by their necks. It is a functional approach to Muslim unity; – it is a more sure way of achieving the set goal.

When we consider the human and organisational problems involved in taking the alternative way of banning the existing organisations, we become even more convinced that instead of bringing about unity, this will only set into motion a more complex nature of fendry and disunity. Let us allow the organisations to die a natural death by slowly in a functional manner replacing them with something more viable.

The set-up can thus only bring about a gradual approach to Muslim unity.

The second republic of Uganda has made it clear that there is freedom of organisation. If the individual has liberty, it becomes difficult to curtail the freedom of Muslim organisations which are in no way subversive.

This is inline with government policy as stated by Your Excellency in Kabale and the constitution of Uganda.

Almost 60% of the UMSC constitution was adopted from the issues raised in this memorandum by the Kibuli based UMC.

Much as UMC had reservations about the formation of UMSC, their recommendations especially on the role of UMSC and the qualifications of the Mufti were adopted and they are binding even today.

Surprisingly, total Muslim unity has remained elusive because the very establishment that pushed for unity in 1971 refuses to embrace it today.

There might have been administrative mishaps at the UMSC headquarters over time, but these are minor issues that should not stand in the way of total unity.

What is at stake is UMSC as an institution. We should therefore put our personal vendetta against individuals aside and embrace unity as the best way of preserving UMSC structures and consolidating the gains registered by the current administration.

Haji Nsereko Mutumba is a senior media consultant. He can be reached on Tel: 0772409504, Email: [email protected] Twitter @HajjMutumba

No one will remove President Museveni- NUP’s Bajjo (Video)