To minimise risks in business, work with formal organisations not individuals

To minimise risks in business, work with formal organisations not individuals 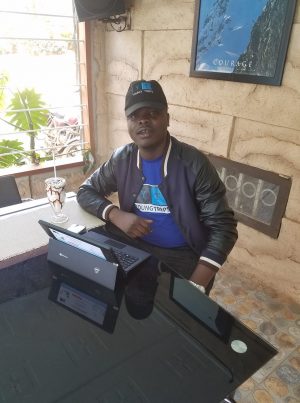 In the past few months, I have received calls from very many Ugandans abroad talking about starting businesses in Uganda, their struggles, pains and losses.

Many have been from the United Kingdom of late.

Even as I write this, I have just been on a call with a Ugandan in the UK who runs a security company.

We have tried to invest back home but it’s all not gone well, he said .Only disappointments from family and friends.

Government officials come here to the UK for our conventions and ask us to invest back home giving us their business cards urging us to call them when we get back for all the help we may need.

When you come back home and start calling them, reaching them becomes a problem.

Many start demanding for brown envelopes to help, it gets so frustrating you get into the plane and get back saying, to hell with Uganda. I listened painfully as he spoke.

According to World Bank and Bank Of Uganda, Ugandans in the diaspora send over $1 billion every year back to Uganda.That’s a very big market if you look at it from a business perspective.

As a business, we’ve tried to tap into this market and we have had some progress with the Ugandan-American market but the Ugandan-British market has kinda been slow and save for a few inquiries we haven’t gotten any real business.

We have some clients in America on retainer and on a regular and also the middle East and are pushing to get more through the ones we have there already.

The recommendations have been coming in one by one.

One thing I can confirm though is the lack of trust by many Ugandans abroad when it comes money/investing back home because many have tried and gotten their fingers burnt.

A client I worked with two years from Turkey to started a money lending business narrated to me how she kept sending money through her brother only to get back and find he had used the money to buy a car and party around.

She was so angry and vowed to imprison his own brother only for her parents to tell her that if she did so they would disown her.

If you arrest your brother find yourself a new family and parents her dad and mum warned and like that she allowed to let go but swore never to mix money and relatives.

“Did you want the money to be eaten by someone else outside the family!?” her mum asked.Hahaha. she said she couldn’t believe her ears.

So when she talked to a friend the friend brought her to our office.

I want to work with a stranger she said. So that when he/she eats my money (direct translation) I will arrest them without consulting with any one till their whole clan comes together and brings my money haha.

I told her don’t worry that won’t happen here, we have a name/brand to protect, careers to protect and above all we are building something for the long run and trust, ethics and professionalism are a big factor in achieving that.

Three years later she hasn’t found the need to take any one to jail and like they say the rest is history.

I think the problem with most of our people that I have seen or heard of is their preference to work with individuals rather than organisation.

This is driven by the notion and belief that working with organisations is expensive.

Yes, working with an organisation may cost you a little more than working with an individual especially if that individual is a relative but that’s only if you’re looking at costs in terms of how much you are supposedly paying for the help you need/require.

For example if you’re building a house, it’s much cheaper if you hand over the project to a relative rather than a construction firm that may charge you 15-20 percent of the project amount as management fees.

However the risk you take with an individual is way much higher and seeking redress if things go wrong may be way much harder other than when dealing with a reputable firm charging that much.

The channels to sort things with the company are way much more effective, am talking courts of law, professional bodies and also firms like that have internal structures that prevent individuals from getting the firm into tricky positions like those.

There many interests at play that keep checking out each other and creating checks and balances to the advantage of the client.

This is what makes it a little costly because there much more people involved through a system that’s built to deliver value and doesn’t rotate a round one individual of center of power/authority unlike when your dealing with an individual.

This makes dealing with businesses more so if your not around to supervise way much more safer.

The cost then becomes the little extra money forked out for comfort,guarantee and value for money more less like paying a little more for a good car like a Benz.

Five million or Ten million looks a lot of money before you lose fifty million, Shs 100 million or even more. When you do,that’s when you realise the Shs 5 million you’d been charged is nothing.

You can even afford to burn it up at that moment.

I think we need to start seeking to professionalise what we do if we are to achieve way more out of our efforts because rudimentary ways of doing things can only deliver so little.

Ask yourself why all these European Companies operate here successfully. It’s because they operate systematically and not on relatives and friends.

I know there’s a lot that can be improved on both sides but that can only be done if the right path is taken.

So take time to discover the right path, it’s your responsibility as an individual/investor and be ready to meet the short term cost for long term value.

Buchaman on his arrest: “I had gone to resolve a land dispute”