Although the hospital cannot confirm that its patient is 114 years old, the medical team says that he is definitely older than 100

The recovery from coronavirus of an Ethiopian man who is believed to be at least 100 years old was “incredible”, one of the doctors who treated him told the BBC.

Aba Tilahun Woldemichael’s family says he is 114, which would make him the world’s oldest man, but there is no birth certificate to confirm his age.

People over the age of 80 are considered to be among the most vulnerable if they catch the virus.

The centenarian, who is an Ethiopian Orthodox Christian monk, is now being looked after at home by his grandson.

“When I was in the hospital I was praying to God asking for my health. I was crying and praying for the whole country to be healthy again,” he told the BBC.

Aba Tilahun tested positive for the virus when a random screening process took place in his neighbourhood in the capital, Addis Ababa, and was admitted to hospital before the symptoms showed, Dr Hiluf Abate told the BBC’s Newsday programme.

This allowed the medical team to be pro-active with its treatment and closely monitor the old man, he added. 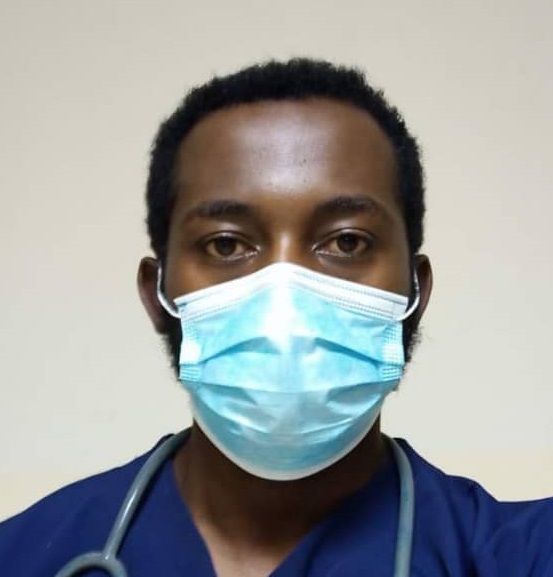 Within four days of his admission to the severe coronavirus ward in Yeka Kotebe hospital, Aba Tilahun’s condition deteriorated as the virus took hold and he was put on oxygen, Dr Hiluf said.

In all he spent 14 days at the hospital, and was treated with oxygen for more than a week.

He also was given anti-biotics and the anti-inflammatory drug dexamethasone, which has been hailed as a ground-breaking treatment for hospital patients seriously ill with Covid-19.

Ethiopia, which has strict coronavirus restrictions, has recorded more than 5,000 confirmed cases and 81 deaths.

Although the hospital cannot confirm that its patient is 114 years old, the medical team says that he is definitely older than 100 and estimates that he is 109.

In his youth, he moved to Addis Ababa from southern Ethiopia when he was young and has lived through tumultuous times in his country.

He witnessed the Italian occupation between 1935 and 1941, the overthrow of Emperor Haile Selassie in 1974, the collapse of the Marxist Derg regime in 1991 and now he has survived Covid-19.

For years he has lived a simple life as a monk; “Aba” is a title meaning “Father”.

But when he was younger he worked as an electrician, house painter and general handyman, his 24-year-old grandson Binyam Lulseged Tilahun told the BBC.

His grandfather was doing well and looked healthy despite his age, however the after-effects of the virus had weakened his voice, Mr Binyam added.

In order to curb the spread of coronavirus, Ethiopia introduced a state of emergency in April that closed schools and playgrounds, banned large gatherings and sporting events, and reduced passenger numbers on public transport. But businesses have remained open.

China locks down 400,000 people after virus spike near Beijing

Byabakama:”A scientific election is the only option in the current situation”

Three family members have been confirmed dead after being electrocuted in Kasenge Trading Centre, in the early hours of Thursday....

Byabakama:"A scientific election is the only option in the current situation"