President Yoweri Museveni has called upon people who have already received the COVID-19 relief food to consume it considerately, instead of being wasteful.

President Museveni who was chairing a cabinet meeting at State House Entebbe on Monday, made an exhibition using a posho ration mingled from 1kg of maize flour.

According to President Museveni, he wanted to demonstrate how Ugandans can make maximum use of the 6kgs of posho each, that the national COVID-19 response team is distributing to people as relief during lockdown. 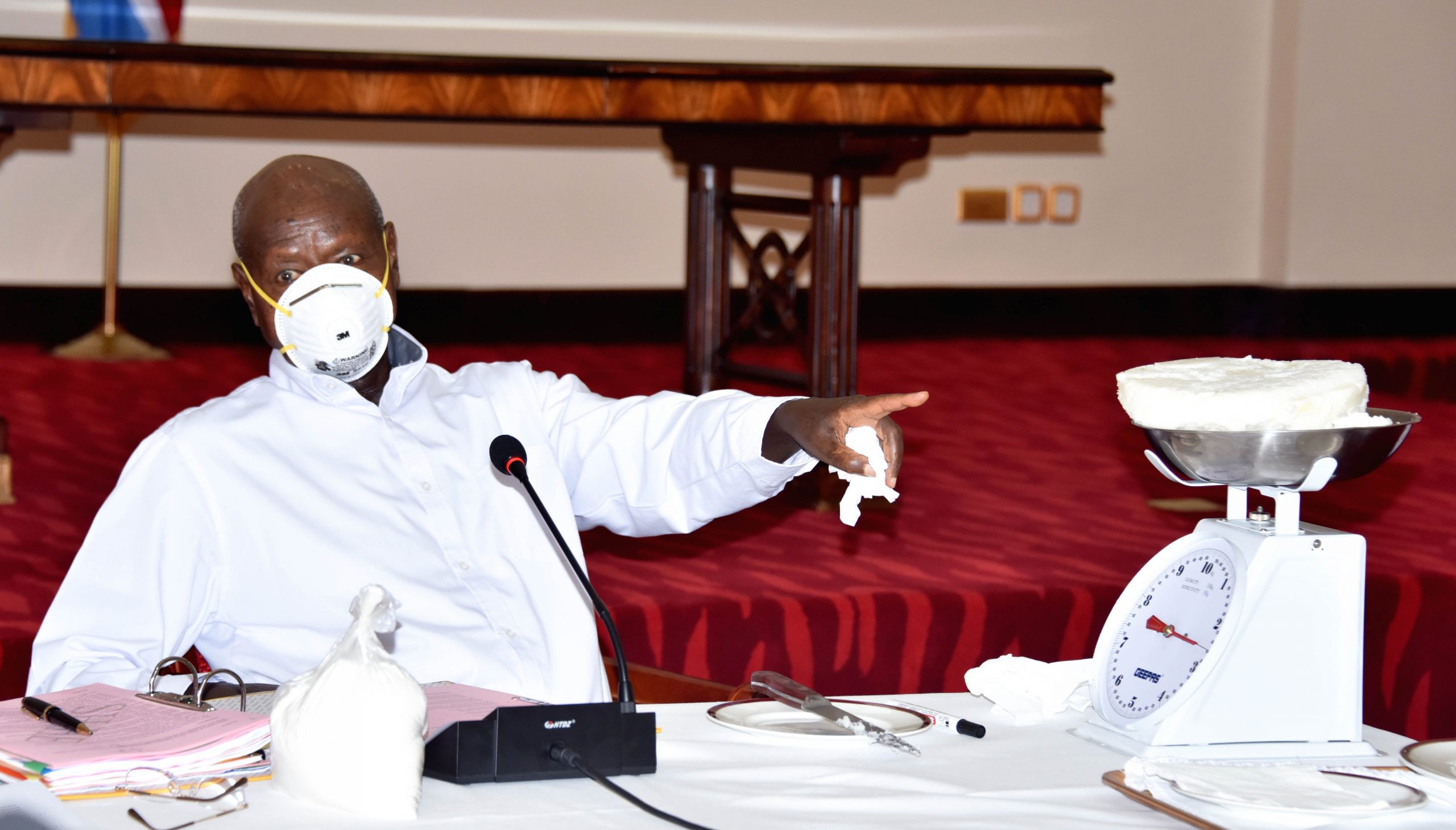 “This is kilogram of maize flour which I asked the kitchen staff to mingle. My rough estimate is that suppose I cut off a piece that is logically consumable, is it enough for me to survive both hunger and at same time obtain enough calories?” President Museveni posed.

Earlier the president had in consultation with nutritionist been informed that 250g of posho are sufficient calorie intake for an individual each meal.

“This single piece of posho we have sliced off weighs 250g, which could be consumed optimally in this period specifically,” he added, after measuring the sliced ration. 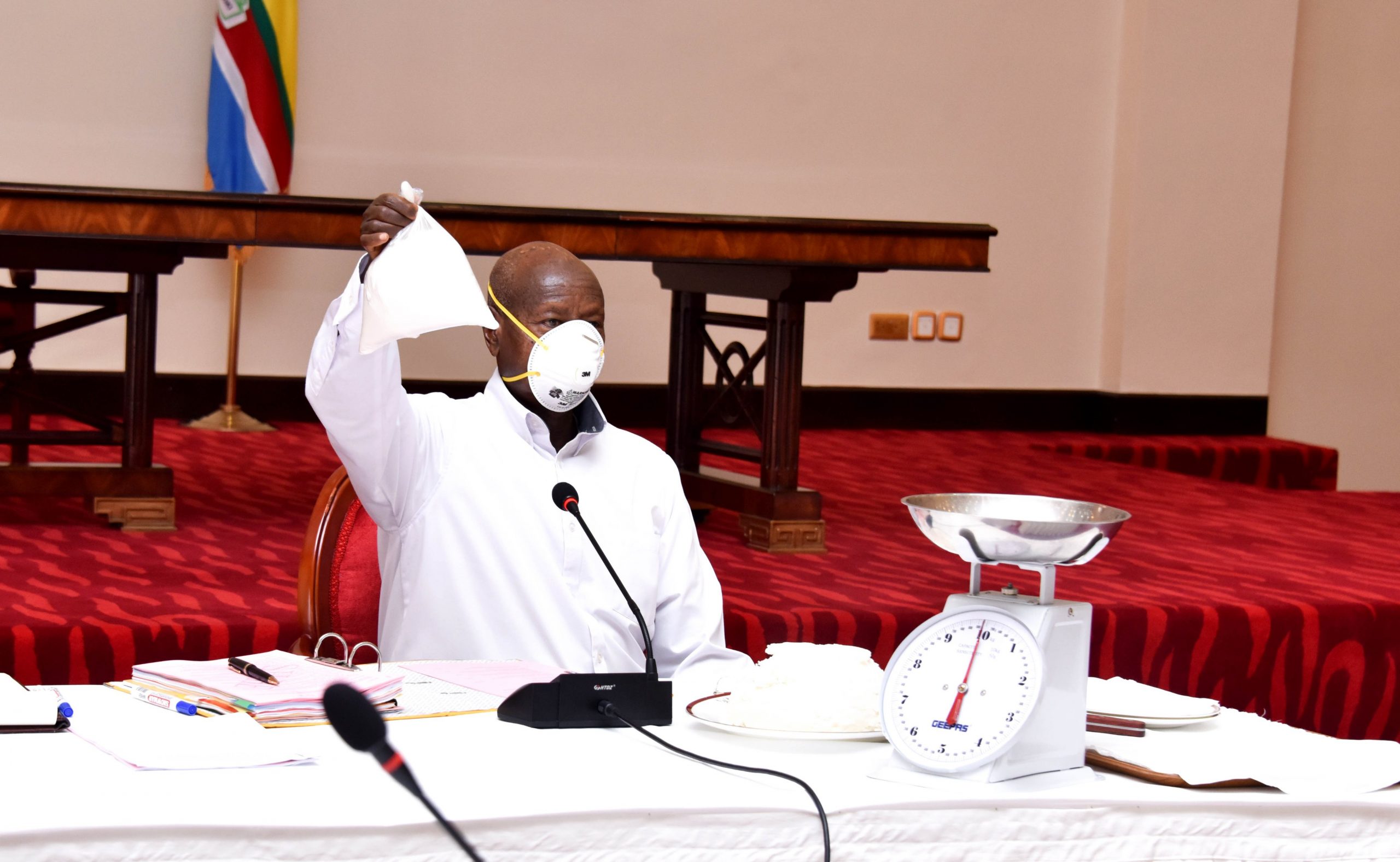 “The idea is that if you have 250g each meal, then it is possible you would approximately consume 1000grams in about 5 days or 2000 grams in about 10 days or less,” he added.

In April, government under the Office of the Prime Minister started relief food distribution to about 1.5 million urban poor who are affected by the lockdown as a measure to contain the COVID-19 outbreak in the country.

The distribution that started from Bwaise suburb was flagged of by Prime Minister Ruhakana Rugunda.