Beach owner Freedom Abitekaniza had not worked since March 31, 2020 when President Yoweri Museveni declared a nationwide lockdown to stem the spread of the novel Coronavirus.

In actuality, Abetekaniza says business had started to tapper off at Freedom Beach in Entebbe in the middle of February 2020. This was when the world began to take more serious notice of Coronavirus (Covid-19) that had spread beyond China.

The employer of fourteen says, “Our clients who are from all over the world had already started leaving Uganda when Covid became serious. Those in Uganda were also not sure of what might happen next.”

In spite of that challenge, Abitekaniza says he had continued to pay his employees, four of whom are permanent staff at the Entebbe beach that is in Katabi town council.

But he could not anticipate the difficulties ahead that were unleashed when President Museveni declared a freeze on all unnecessary movement March 31. President Museveni dramatically explaining, “We need total silence in the country so we can find out where the disease is coming from.”

For Abitekaniza trying to meet the needs of clients to his beach who enjoy delicacies like fried fish, the challenges were almost immediate. “The first time I tried to use my motorbike to deliver an order, I was arrested in Abaita Ababiri. I had to bribe to get my bike back.”

He says, “When the president ordered a lockdown, it was a surprise. We are law abiding citizens and are complying. But we were all locked down where we were. I have three workers who have had to stay here on site at Freedom Beach yet they have their own homes. They cannot move, like other Ugandans.”

Abitekaniza, who also manages Palace Inn in Nkumba, along Entebbe road and Sunset Motel, says, “I also have three workers who are staying at Palace Inn. I have been left with the duty to feed them and help their families. They are all looking to me and I cannot let them down because they have never let me down when I asked them to do their work. The expenditure is too much and there is no income.” 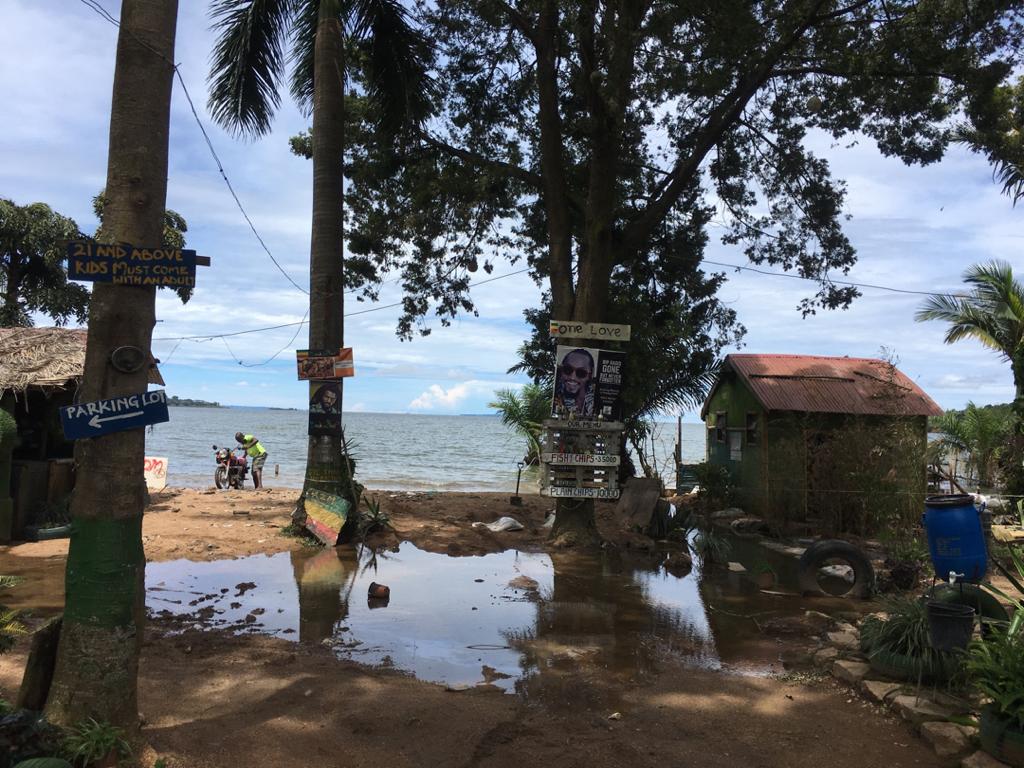 However, as if the misery of being unable to work for the Freedom Beach establishment which has been open since 2007 is not enough, it has been suffering continual floods. Since Lake Victoria started overflowing its banks in March 2020, Freedom Beach has been one of the most battered.

Abitekaniza says he has decided to wait out the rainy season before he can think of rebuilding the artistic and cosy shelters that Freedom Beach has long been famous for.

The ravaging floods have continually broken the barriers Abitekaniza had built up. A significant percentage of Freedom Beach is now underwater, as indeed are many establishments along Lake Victoria, as of writing this piece.

The NRM flagbearer in the Kayunga LC5 byelection, Andrew Muwonge spent the day on Friday traversing different villages in Nazigo...