Gen.Muhoozi made the remarks on Tuesday as he commissioned the UPDF officers Diagnostic Centre at Mbuya hill.

“UPDF priorities are now directed at soldiers’ welfare. I am overjoyed because it comes at a time when we are celebrating 39 years as an army,” Gen.Muhoozi said.

He applauded all those he said have made the success of the project a reality including the Defence Ministry Permanent Secretary, Rosette Byengoma, Joint Chief of Staff, Lt.Gen. Joseph Musanyufu, the former chief of the UPDF Engineering Brigade, Maj.Gen. Sabiti Mutebile.

The CDF said by putting up such infrastructure, the army is leaving behind a legacy that he said no one can ever erase. 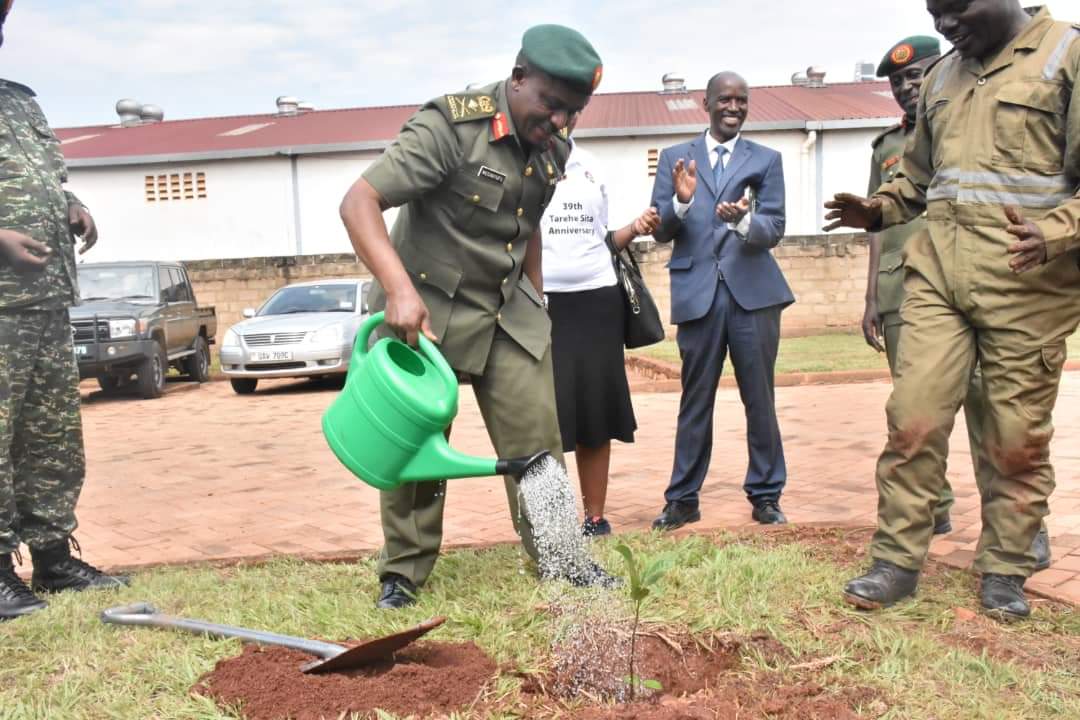 Speaking at the function, Lt.Gen. Musanyufu said the commissioned unit is an example of direct labour provided by the army, adding that such an initiative will help greatly reduce on expenditure on medical services, especially in private hospitals.

He said the outpatient hospital will serve only UPDF officers until a later stage.

The Chief Medical Services Maj Gen Musinguzi said this hospital will be handling outpatients (OPD) and the inpatients’ services.
The facility has female, male and children’s ward; a laboratory and theatre facility among others whose construction has entirely been done by the UPDF Engineering Brigade.

The officers led by the Chief of Defence Forces also toured the ongoing works on the construction of the shs100 billion referral hospital which is now at 0-50% completion.

Gen.Muhoozi noted that construction of the facility is part of their efforts to decongest government hospitals like Bombo where almost all soldiers from central Uganda will be referred to.

According to the UPDF spokesperson, the outpatients’ facility commissioned on Tuesday is quite different from the shs100 billion referral hospital but are found in the same location at Mbuya hill.

The referral hospital will also treat Ugandan soldiers injured on foreign missions but also civilians at the state of the art 250 bed diagnostic and treatment facility.

Currently, Ugandan soldiers injured in Somalia are treated at the Aga Khan Hospital in Nairobi.

The facility will have all departments and a medical school and the funds for the construction are part of the savings made from reimbursements to Uganda by the UN for use of its military equipment and vehicles in Somalia under the AMISOM where the UPDF is deployed.

Government sets aside Shs 14 bn for foot and mouth disease

Government sets aside Shs 14 bn for foot and mouth disease