It has been four months since a quarantine was slapped on Nakaseke district after the outbreak of Foot and Mouth disease in the area. This has been a big blow to pastoralists in the sub county since the livelihoods of most locals and district revenue largely depend on the cattle business. The area was just recovering after an outbreak of the same disease in November 2018.

Barely a year after that disaster, Nakaseke district leadership confirmed in October 2019 another outbreak of Foot and Mouth Disease at Kyeshande village in Kinoni sub county. Thereafter a quarantine was slapped on the area, meaning cattle or their by-products cannot cross to neighboring districts This was the beginning of suffering of people in this community.

In Nakaseke district, we meet Ndibarema Godfrey, a farmer in Ngoma subcounty. His farm was hit by foot and mouth disease and is now almost collapsing.

‘We have been having a serious challenge in getting drugs and treating animals, yet we have been borrowing money to keep the farm going, the situation will get harder when it gets to pay back time for money lenders,’ Godfrey tells us.

We escorted him as he carried out his usual treatment sessions on his cows. He bought one pack of P-strepnor vaccines from a local veterinary shop, but this wasn’t enough for the entire farm.

Godfrey says one of the biggest challenges he has faced, has been inadequate vaccine supple from government and its disregard of the disaster.

‘Government has got no vaccines, up to now, nothing has been done,’ Godfrey explains.

But how exactly did they end up here?

Nakaseke district falls into the cattle corridor of Uganda. This corridor starts from north eastern parts of Uganda sweeping through the districts of Kaabong to Karamoja to the central where Nakaseke is and tappers off to the south where Mbarara is. District leadership explains how Nakaseke being in the cattle corridor made it prone to foot and mouth disease. 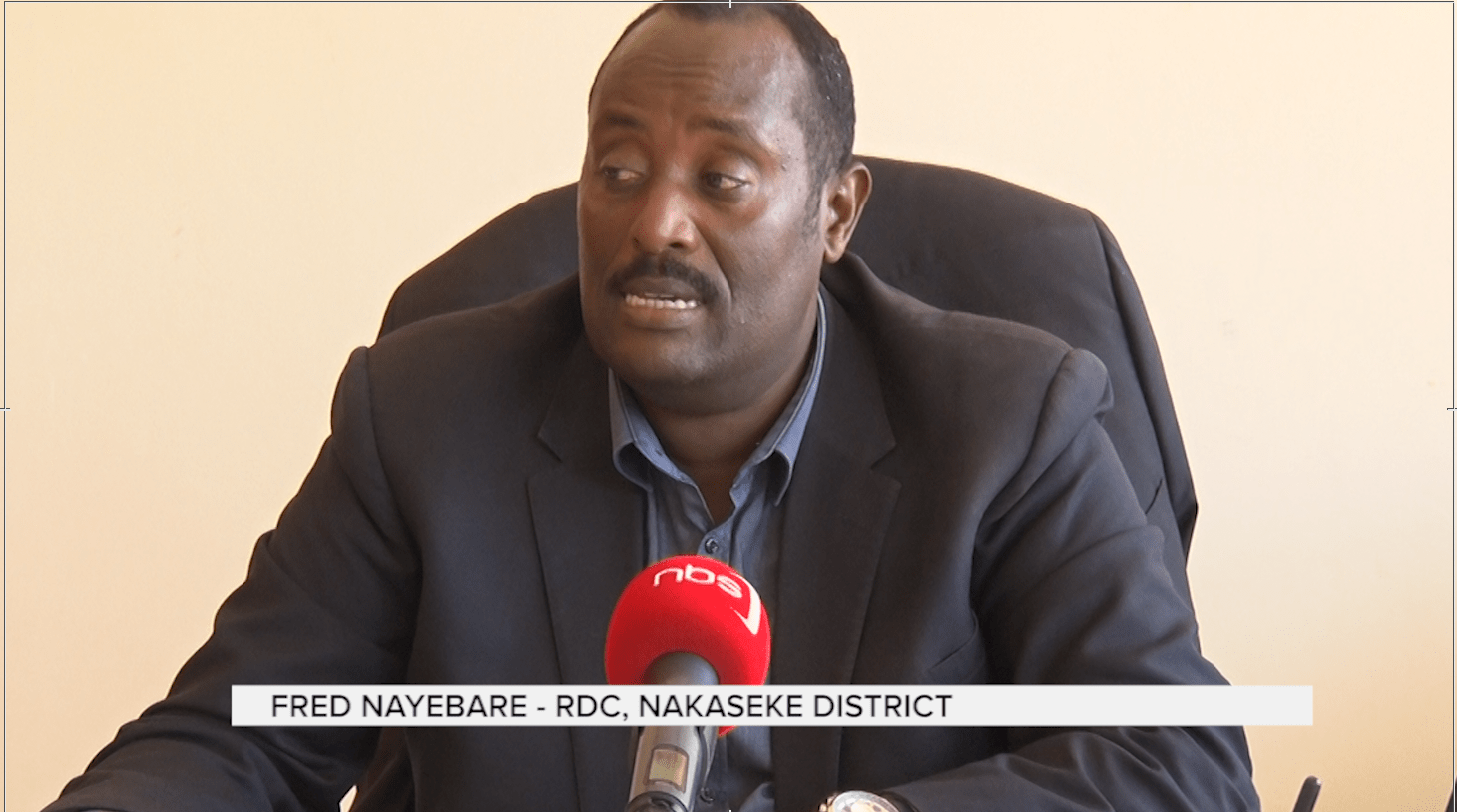 ‘This disease is brought in by cattle traders who buy animals from Tanzania, that vast land where they don’t control the disease, and bring them here for fattening and sale,’ Fred Nayebare the area Resident district commissioner explains.

When foot and mouth disease is detected, a quarantine follows. But because Nakaseke’s quarantine has been on for a while, this has bred a black market for cattle. As it got dark in Nakaseke, we also surveilled the area and landed on trucks loading cattle for the black market.

Farmers say that, the quarantine wouldn’t have lasted long but government has not paid attention to the problem and does not look at it as any other disaster.

‘Anybody who feels sympathetic to that area, should bring in some aid, maybe quarantine is not classified as a disaster but yet it creates a big negative impact to farmers,’ Enock Nyongore, one of the affected farmers says.

Sembabule is also another area hit by the same problem. Because of the building frustration among the farmers over the quarantine, local politicians have taken advantage of the situation, and this is how Lwemiyaga legislator Theodore Ssekikubo was arrested.

The quarantine is also breaking down the social fabric among the locals.

‘People here no longer gift each other with cows on our functions of ‘empaano (gifting friends with cattle), if you are lucky, you will receive the gift after the quarantine,’ district chairperson Koomu Ignatius says.

Farmers are now suggesting that Government should put aside an emergency fund to deal with the problem.

Back to Godfrey’s farm, it is back to school period and he is struggling to raise school fees for his children.

‘My 4 children are only eating posho. For school fees, I am planning to borrow more money from money lenders, but paying back I know will be a problem,’ Godfrey adds.

The quarantine has affected even the neighboring districts where there is demand for products from Nakaseke. This has led to the hike in prices of milk, meat, ghee in areas of Luwero and Nakasongola. Nakaseke remains the most affected in the greater Luwero sub-region, after a quarantine was slapped on it.

Parliament joins fundraising to build centre for people with disabilities

Inside Story: Why the NRM is amending its constitution

Inside Story: Why the NRM is amending its constitution