Uganda has yet again shone at a global pageant, finishing second runner up at the 59th edition of Miss International that was held at the Tokyo Dome City Hall in Bunkyo, Tokyo, Japan on Tuesday afternoon.

In what was a return to a pageant that Uganda last participated in 2009, Evelyn Namatovu Kironde, the Ugandan contestant finished two slots shy of the top crown, finishing as a second runner up behind Mexico’s Andrea Toscano and Thailand’s Sireethorn Leearamwat.

Namatovu was also crowned as the contestant with the Best swim suit at the event that had contestants from 83 countries and territories which surpassed the previous record of 77 contestants in 2018, hence making this year’s edition the biggest turnout in the Miss International pageant history. 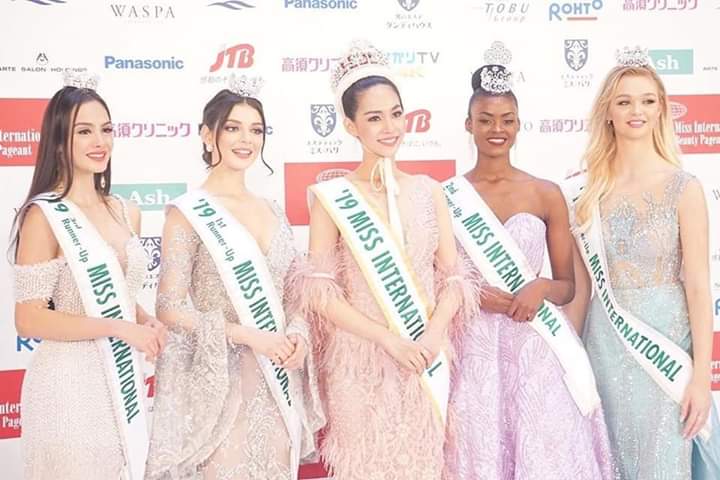 This year’s edition was themed “Cheer All Women” and Namatovu presented a case of Entrepreneurship and financial inclusion for women in Uganda and Africa.