Corporate Games 8th outing took center stage on the 1st of September 2019 at the usual venue Mandela National Stadium, the home of the Games.

Rapid Response joined the corporate games family in the 8th outing as a visiting team.

The games which are held every first Sunday of the month kicked off with the mandatory aerobics before the competitions started.

It was not a very busy outing this time round as most of the games got into the finals in the last outing and being sorted.

The next and 9th outing of the Corporate games will be held on October 6th 2019.

The corporates also had friendly games in chess and woodball as the companies got time to interact and network. Sack racing is another sport that was introduced in the corporate games but will be played in the next outing.

Meanwhile on Sunday, September 1, 2019 corporate games made its 8th outing. It’s also fair to say that the games have grown rapidly over outings with at least a new company joining in every outing.

It’s not a surprise to see the rise of companies join the games because corporate games partners with the biggest media gurus (Next Media – Sanyuka TV, NBS TV, UBC TV, Kwese free sports TV, Red Pepper and Node Group the PR agency that manages the PR and Marketing of the games) these provide enough mileage to all the participating companies. 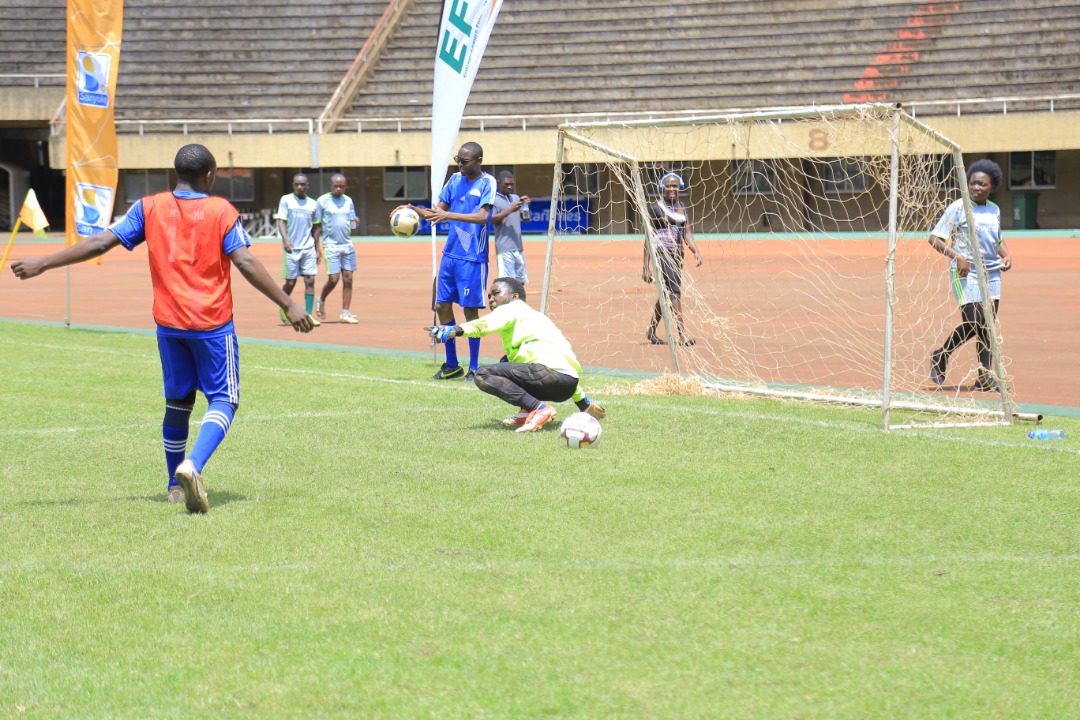 It’s no surprise that in the 7th outing Corporage Games UG got a water sponsorship from NEC Uzima water, who will be providing 2 boxes of water for every participating company in every outing in the next season.

It is also keen to note that corporate games has number of government organizations taking part and the private sector as well. The uniqueness of the games leadership is their stand against mercenaries and hired players. They insist these games are strictly for Corporates with a purpose of keeping them healthy and promoting employee engagement.

The games have also seen a number of new games make debuts outing after outing with the sack racing being the latest on.

Football, netball, basketball, volleyball, woodball, chess, athletics, tag of war, paint ball shooting, darts, cycling, swimming to mention but a few are some of the other games that companies participated in. Variety is all you get at Corporate Games Uganda.

The next 2020 season registration is ongoing.