In a judgment that came long after the 2:30 pm hour on Thursday, the presiding magistrate Gladys Kamasanyu found Nyanzi guilty of one of the offenses for which she has been in jail since November 2018.

The magistrate noted that prosecution satisfied all necessary ingredients required to prove a case of cyber harassment. 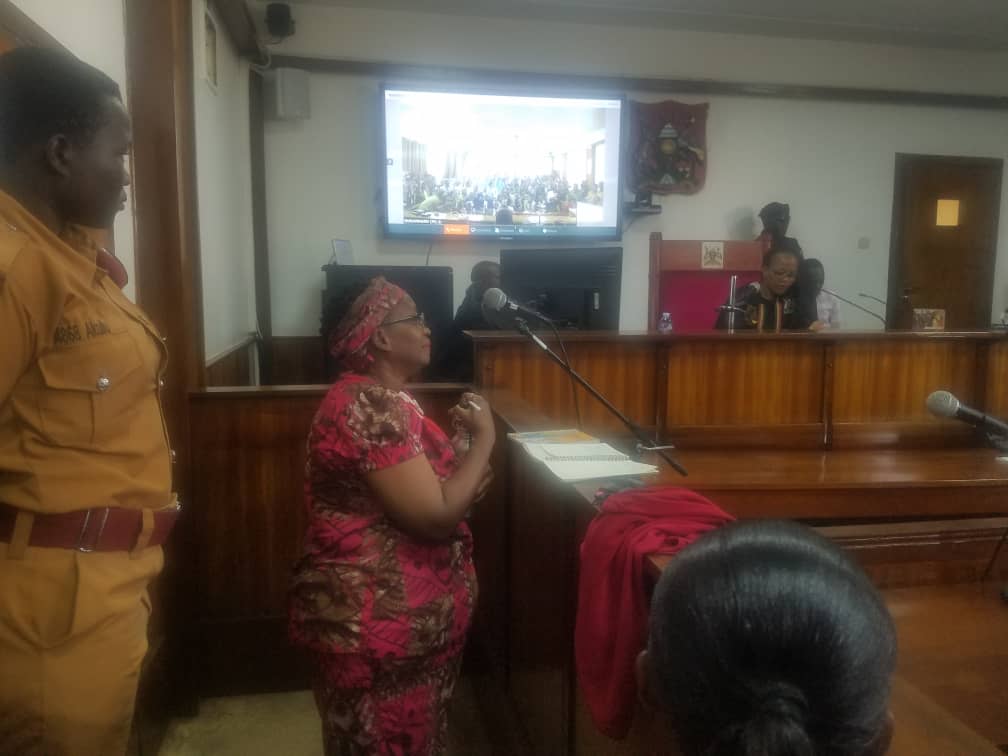 She found that the Facebook post in context by Stella Nyanzi had made obscene suggestions against the person of the president and his late mother.

The magistrate noted the same was a blow below the belt when it is disgusting, nasty and immoral manner described the private parts of a dead woman, something against the norm in African society.

Kamasanyu said that if Nyanzi intended to carry a sensible message, she should have used a more reasonable language which is not corrupting of children and youths minds which she intimated to have been fighting for.

Nyanzi was however acquitted of the offensive communication, court saying her post was not in any way willingly repetitive nor was their proof of annoyance or disturbance of anyone’s peace.

Kamasanyu said the president whose peace is said to have been disturbed didn’t come to court to prove he was disturbed.

With cyber harassment carrying up to three years of incarceration or a fine of shs1.4 million, prosecution prayed that Nyanzi be given the maximum sentence for lack of regret or remorse for what she did.

“The convict has remained unregretful and unremorseful for the offense she was convicted of. Court also needs to send a strong message to deter offenders increasingly abusing use of a computer,” the state prosecutor Janat Kitimbo said.

“Nyanzi’s post was one of abuse rather than freedom of expression, one of intrusion of privacy, decency, and morality,” another prosecutor Timothy Emiliti said.

He prayed that having been on remand Nyanzi be accorded the remaining period of the maximum of three years.

However, Nyanzi who had no lawyer in court declined to give any mitigating factors but instead chose to chant away with her supporters  Viva, Viva Opposition”  in court to which supporters that crammed the courtroom many in blue FDC t-shirts vowing to support Nyanzi responded “Viva”.

They were only called to order by the magistrate.

“I’m not going down the road of mitigating factors. I could have raised the issue of my children or cried about being a mother but I won’t. My children celebrate my protest actions… I will sacrifice my motherhood to any altar, if I will speak to a dictator in any language, be it the language of vaginas,” Nyanzi said.

She also informed the magistrate that hers is not a legal battle but a political one.

She also apologized to the magistrate for any point she may have come off as offensive saying hers was never intended to offend the magistrate but the political regime.

The case has been adjourned to tomorrow Friday, August 2, for sentencing.