Medics under their umbrella body the Uganda Medical Association have resolved to petition the President and parliament over the 1.4 trillion specialised hospital in Lubowa insisting priority should be given to the national referal hospital Mulago.

Speaking to journalists from Mulago guest house ,the association leader Dr Obuku Ekwaru insisted that priority should be given to local needs including refurbishing Mulago and the Heart Institute. 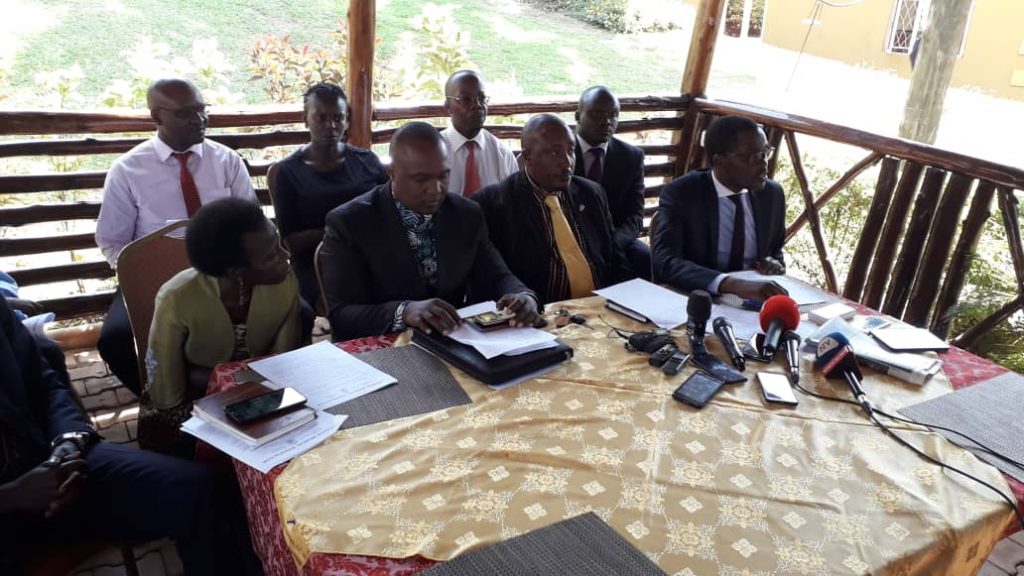 In their petition they also want the government to come with a strategy of retaining and training specialists to deal with the issue of brain drain that continues to affect health service delivery.

The association demands that since ultimately the facility will be owned by government, local specialists should be involved in the planning and set up of the facility that they say has had its price exaggerated.

Parliament last week approved a promissory loan worth 1.3 trillions to an Italian investor FINASI to build a specialised  government hospital at Lubowa amidst stiff resistance from opposition legislators.

According to the agreement , government will facilitate the investor with the loan and upon completion, FINASI will own the facility for 6 years before giving it back to government .

Bahati told parliament that upon completion of the specialised hospital at  Lubowa , Ugandans will save billions of money on foreign treatment especially in India.

Joint security forces have recovered six illegal guns from Nakapiripirit in Karamoja sub region bringing to 40, the number of...

Under the Succession (Amendment) Act, 2021, which was passed by Parliament this year, a husband or wife will inherit 20...