Abdu Katuntu will head the team 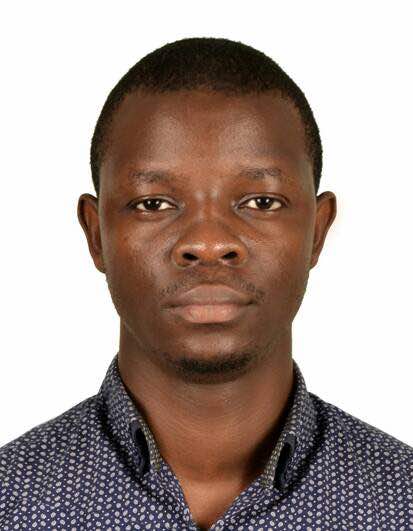 I was dragged to the High Court of Uganda over a story in which we (the publisher and I) linked MP Anita Among to a capital offence, that case remains in the courts, was called once by an angry Abdul Katuntu over a story last year in which I mentioned that he “plays to the gallery.”

The man was so angry that I could accuse him of playing to the gallery.

He expressed his disappointment with me, threw tantrums as I listened till end of the call.

That notwithstanding, there is everything suspect/fishy with the Inspector General of Government’s letter to Internal Security Organisation to investigate the MPs and Governor of the Central Bank.

Highly likely (don’t rule out anything in politics) that the whistleblower is a member/sympathiser or someone being used by the FDC which has an axe to grind with Katuntu, Among, Okupa and would be happy to paint black senior politicians seen and known to be close to Maj. Gen. Mugisha Muntu.

The two camps are expending more time and energy bringing each other down than resisting their ostensible target, Gen. Museveni.

Dirty games ahead of 2021 elections. In that case the IGG becomes a playground to settle petty political bickering scores as it has always been each time government officials fight over contracts.

The IGG and PPDA are essentially reduced to battle grounds for business among crooks in government outsmarting one another.

Be that as it may, the IGG copying and pasting a letter from a whistleblower to Director General of ISO before even filtering (internally) then leaking it on social media (that is how the IGG works—leak the letter, then their spokesperson will confirm to the media that indeed they got the letter and are investigating, in which case the media are more confident reporting about the document even when these investigations rarely bear fruit).

Now, Whistleblowers can say anything. Anyone who’s been in a busy newsroom like Daily Monitor, New Vision or The Observer knows that you frequently get whistle blowers coming up with all colour of allegations about people.

The prudent thing the reporter and editor do is to establish the veracity of the claims and sometimes even check credibility of the whistle blower.

Some are really genuine and have helped significantly. Others are a bunch of jokers whose leads aren’t worth following. Some will make wild claims that just don’t add up to a reasonable man on the street.

Given the weight of the claims (including that the Governor of the Central Bank bribed an MP), surely the IGG would better establish if there is a prima facie case made in the claims through its own investigations before copying and pasting then circulating such a letter.

From the face of it, whereas it is possible there is validity in the claims made (the MPs mentioned are actually capable of doing what they are accused of), both ISO and IGG are in for a wild goose chase.

First of all proving the offence of bribery to the legal standard required by court is quite a tall order in so far as you don’t get cooperation of one party (the one bribing) unless you have a Kabafunzaki-Aya Hotel scenario where one party is out to get at another or the briber reports the matter to the IGG.

You’d need lots of connecting of dots and tightening bolts.

Proving bribery is not as simple as alleging someone was bribed especially involving high profile people both of whom have a lot to lose and will have covered their tracks, the more reason it is improbable that a businessman could have been meeting MPs investigating him in a public place several times. Who in that case will avail you CCTV footage?

And yes, the essence of the letters leaking is not that the IGG and ISO are even interested in or capable of establishing the truth if any, it is to serve the political interests and games of whoever wanted these claims published (with a tinge of credence bearing the IGG’s signature).

In fact in any normal situation the Office of the IGG should be the one under investigation.

It is incomprehensible that you have an office set up under the Constitution with a duty to day in day out year in year out, be the eye and ear of the state and citizens who pay tax for it to perform that duty, and you have the kind of rot that was happening in BOU (which CoSASE brought to prominence) going unchecked.

Both the IGG and ISO (which has an economic monitoring desk) should have unearthed this mess centuries ago.

Both the IGG and ISO slept on the job and deserve a certificate of incompetence in regard to this BOU saga.

Shouldn’t the IGG and ISO be the one being probed for neglect of duty?

In effect when the IGG leaks these letters, the true essence isn’t to get to the bottom of the matter. It is to play in the court of public opinion.

The winner is whoever is behind the machinations for whatever motives.

So who is the intended beneficiary and winner in this scheme? It can’t be the public. It cannot be the goddess of justice. Who is it?

The author is a lawyer-cum journalist. He is currently pursuing graduate studies in South Africa.