The speaker of Parliament Rebecca Kadaga has asked that Ugandans detained in Chinese prisons be allowed to serve their sentences in Uganda.

Kadaga made the request while meeting top level Chinese officials led by Wang Yang, the Chairman of the National Committee of the Chinese People’s Political Consultative Conference (CPPCC).

Statistics available of Ugandans detained in Chinese prisons indicate that by September 2017, there were 202 Ugandans facing various charges including drug trafficking. 73 had already been convicted for drug trafficking and sentenced to death.

Parents and relatives of Ugandans detained in China have lobbied the Ugandan government for years to have them released to serve their sentences in their native homeland. 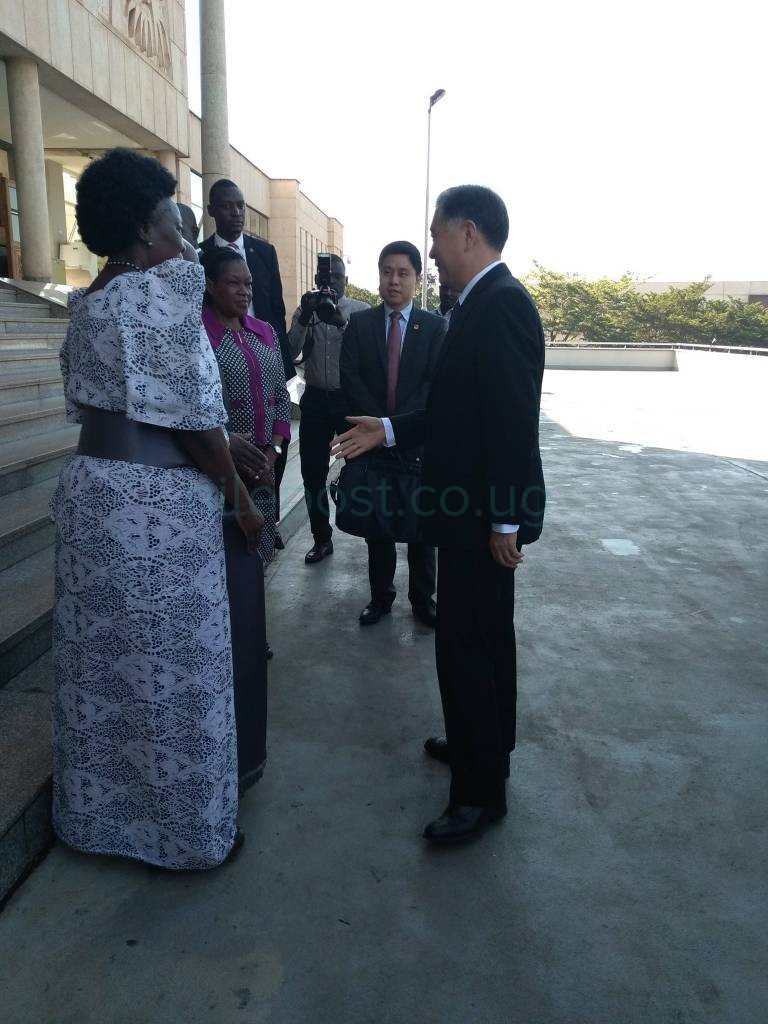 At the meeting with the Ugandan speaker at parliament, Yang revealed that this was his first foreign trip as the head of the CPPCC.

The delegation is in the country at the invitation of the Prime Minister Ruhakana Rugunda. The China’s People’s Political Consultative Conference is a major advisory body of the Chinese government.

The delegation arrived on the 13th of June 2018 and is expected to hold bilateral talks with the President Yoweri Museveni.

The delegation is also projected to participate in the official commissioning of Entebbe express highway this afternoon at 2:00pm

Prince Nakibinge: “Ugandans are no longer safe in their country”