Tumwine David Makay, a resident of Katuna town council, Kabale District beat all odds and managed to climb Mt Sinai, a historical spiritual place where Moses received the 10 commandments from God to rescue the Israelites who were under the captivity of the pharaohs of Egypt for decades.

Moving to the top of mountain Sinai which is 8km steep and rocky takes one a minimum of six hours. Although, you could ‘refuel’ by making use of the eight stop overs for coffee and relaxation.

A Jovial Tumwine David Makay bragged he was the first person from Kabale to trek to Namugongo shrines and to the Egypt- Israel trip organised by Africa One Tours and Travel. 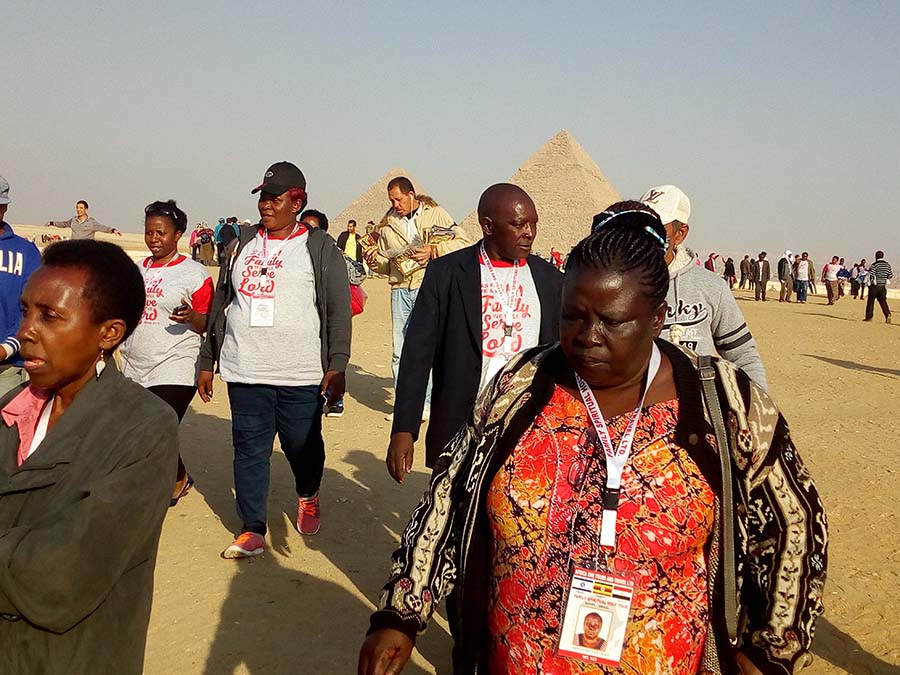 “It is a miracle that Africa One Tours and Travel recognised me due to my endless treks to Namugongo and awarded me with this trip,” he said.

Were Timothy the operations manager for Africa One Tours and Travel told the Nile Post that picking David Makay was with recommendation from his church.

“We normally ask churches in Uganda to look for people who have frequently trekked to the shrines in Namugongo and we give them opportunity to visit the holy land of Egypt and Israel and that’s how we picked Tumwine David.”

The group of more than 30 people including children from Budo Junior and Green Hill Academy will be heading to Israel on Tuesday next week.