The private members bill tabled by Igara West MP, Raphael Magyezi, might have had the hand marks of the legislator but it had the finger prints of President Museveni.

Indeed in a caucus meeting a couple of weeks ago, Museveni let out this badly kept secret when he revealed that the amendment of article 102 (b), which the bill seeks to do was needed to keep Uganda on a stable political and economic path.
Museveni reportedly talked tough, asking those opposed to the Magyezi Bill to walk out of the meeting and warning those that stayed to either endorse the bill or follow their “rebel” colleagues.

Article 102(b) bars anyone below 35 and above 75 years of age to hold the office of president.

It is the speed at which the Raphael Magyezi’s Bill has moved through parliament with full support from Museveni, a rare thing for private member’s bills, that has raised questions whether it was initiated by him.

Until the caucus meeting, when he finally opened up, Museveni had on several occasions appeared to distance himself from the debate leading up to the controversial tabling of the bill in parliament last month.

At least 24 of the MPs opposed to the bill were arrested inside the Parliament Chambers, when security forces raided the Chambers to enforce a suspension ordered by Speaker Rebecca Kadaga. Shortly after, Magyezi moved the motion followed by tabling of the bill five days later.

Museveni had described the discussion as “diversionary” and those involved in it as “idle”.

But sections within the ruling NRM party, the opposition, civil society and religious leaders always suspected that Magyezi may have been used as a proxy to initiate the bill that seeks to lift the presidential age limit caps from the Constitution.

Questions also emerged over why cabinet resolved to back Magyezi to table a private member’s bill rather than tabling a government bill which Justice Minister Kahinda Otafiire had promised to table.

Kalungu West MP Joseph Ssewungu, an opponent of the age limit bill said that under parliament’s rules of procedure, Magyezi’s bill is a private member’s bill but in reality, it is a government bill.

He said that Magyezi had the full backing of President Museveni.

Ssewungu questioned how the bill was fast-tracked through the legislative process; gazetted tabled on the floor of parliament for first reading. According to parliament rules of procedure, an MP is provided 45 days from the day he or she presents a motion and granted leave to present a bill on any matter.

Following the approval of a motion seeking to present a bill under Rule 106, Magyezi was granted leave of parliament on September 27. He only needed five of the 45 days to prepare the bill and table it on October 3.

Between the date when Magyezi was granted leave and the actual tabling of the bill for the first reading, the printing and publication of the bill in the Uganda Gazette was supposed to be carried out by the Clerk to Parliament according to the rules of procedure.

Following the publication of the bill in the Gazette, Magyezi was supposed to acquire a certificate of financial implication dully signed by the Minister of Finance to accompany his bill at the first reading. All these were ready in a record five days.

The bill’s first reading was done in a one-sided House composed of the majority ruling National Resistance Movement (NRM) party legislators after the majority of MPs opposed to his bill had been suspended.

The suspension prompted the remaining opposition MPs led by the Leader of Opposition Winnie Kiiza to storm out of the Chambers.

Kiiza said that Magyezi’s bill ceased to be private alleging government machinery was behind the proposal.

“Otherwise this motion and the bill should have been brought by government. We tried to pin the justice and constitutional affairs minister and possibly the attorney general to see whether they can’t just table the bill as a government bill,” said Kiiza.

She alleged that President Museveni knew the controversy the bill would generate, the reason he chose to play his games behind the stage.

“When you see the speed at which Magyezi’s bill is going, when you see the kind of money they want to involve into this matter and then you begin asking yourself, where has Magyezi gotten the money?” Kiiza questioned.

A section of the ruling NRM party MPs opposed to the lifting of the presidential age limit have also raised questions saying that the bill seeks to change the Constitution to benefit only President Museveni.

Patrick Nsamba Oshabe, the Kassanda North MP cited dubious mechanisms being used to pass Magyezi’s bill and so did James Kaberuka, the Kinkiizi West MP who told us that Magyezi had been working working on behalf of President Museveni.

MP Magyezi, however, insisted that his bill is a private member’s bill having been moved by him and seconded by back bench members. 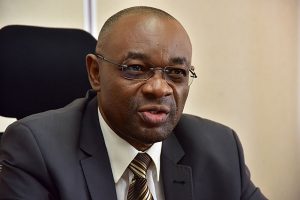 Magyezi acknowledged the unusual support his bill had enjoyed from government, compared with other private members’ bills, describing it as very normal.

Asked about the kind of atmosphere in parliament prior to the tabling of his bill, Magyezi said that his role was only to request for a conducive environment to table the bill.

Government Chief Whip Ruth Nankabirwa said that MP Magyezi was not being used as a proxy for government to present the ‘age limit’ bill. She however noteed that Magyezi’s bill happens to carry views which are shared by other people. 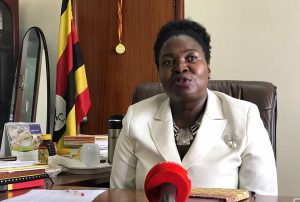 Prior to the tabling of Magyezi’s ‘Age Limit’ bill, cabinet ministers came out to declare their support for the private member’s bill.

Asked why government is showing a big magnitude of interest in a private member’s bill, Nankabirwa said that Magyezi’s bill is not unique.

Article 94(4) of the Constitution and Rules 110 and 111 of the Rules of Procedure provide for the private member’s bills and the procedure to follow when tabling them.

The Constitution requires that the member moving the private member’s bill be afforded “reasonable assistance by the department of Government” whose area of operation the Bill affects and by the office of the Attorney General.

From this, one would conclude that the support Magyezi’s bill got from government is normal. This until one looks at how government has treated other private member’s bills before.

In 2015, members of the ruling NRM party blocked a request by the then Buikwe South MP, Dr. Lulume Bayiga, to table a private member’s bill on presidential transition.

The bill sought to, among other things, make provisions for the procedure and ceremony for the assumption of the office of the President.

However, the majority NRM MPs denied Dr Bayiga a chance to present the bill while the then deputy Attorney General, Fred Ruhindi and then minister for Lands Daudi Migereko, argued that the issue was under discussion within the membership of Inter Party Organisation for Dialogue (IPOD).

Speaker Kadaga’s attempt to convince the MPs to grant Bayiga audience was ignored as they challenged her to stick to the rules of the House.

By use of numbers, Bayiga’s proposal was muzzled. Ironically, it was Magyezi, now fronting the age limit Bill, who said that the majority had said no and that was it.

“What we are considering is a request to grant permission and that can be done by the majority. If the majority has said no, then be it,” Magyezi said then.

Similarly, Workers’ MP Sam Lyomoki’s efforts to table two Private Member’s bills on labour’s worth proved futile in 2006 after the then State Minister for Labour, Mwesigwa Rukutana, insisted that the Employment Act 2006 passed by the 7th Parliament, addressed all the issues.

One of Lyomoki’s bills, the Income Tax Amendment Bill sought to have the taxable income increased from 130,000 shillings to 235,000 shillings.

The other bill, The Public Service Negotiating Machinery Bill sought to negotiate salaries of workers before incorporating them in the budget every year.

Just recently in the Ninth Parliament, Mukono Municipality MP Betty Nambooze’s proposed Alcohol Control Bill died after the government side proposed that the MP works together with them to come up with a comprehensive bill.

In 2015, Ayivu County MP Bernard Atiku’s Children Amendment Bill was passed after a long struggle with government which at some point tabled the same bill after he had presented his. Both bills were sent to the Gender Committee after which it was agreed to proceed with the one tabled by Atiku.

The above cases would make Magyezi’s bill unique. So unique was it that it had to be tabled ahead of other bills by MPs Patrick Nsamba Oshabe, Sam Lyomoki and John Baptist Nambeshe.

Lyomoki had filed a notice seeking to table an ambitious bill to engineer a dignified exit for President Museveni. Lyomoki says the bill, if passed into law, would have guaranteed Museveni immunity from prosecution for any crimes after he leaves office.

Magyezi’s bill is currently before parliament’s legal committee chaired by West Budama South MP Jacob Oboth-Oboth which was tasked by Speaker of Parliament Rebecca Kadaga, under rule 113 of the Rules of Procedure, to consider the bill and report back to parliament within 45 days.

Yet given the way things are moving, there will not be any surprises if the bill spends a shorter time in the committee.
Tags: lyolmokimagyezi raphaelMusevenioboth obothrebecca kadagaruth nankabirwaUgandanewswinnie kiiza
ShareTweetSend
Previous Post

Gen Mugisha Muntu asked to get tough on age-limit